Localization in Action, part 3 of 3 – A Node.js holiday season, part 11

This is episode 11, out of a total 12, in the A Node.JS Holiday Season series from Mozilla’s Identity team. It’s the last part about localization, hopefully making you feel all ready to handle that now!

So first we added the i18n-abide module to our code, then our Localization (L10n) team did some string wrangling, now we’ve got several locales with translated strings…

Let’s get these strings ready for Node.js and see this puppy in action!

The next step is that we’ll need your PO files, typically in a file system like this:

We need a way to get strings from our PO files into our application at runtime. There are a few ways you can do this:

Since this system is compatible with GNU Gettext, a third option for server side strings is to use node-gettext. It’s quite efficient for doing server side translation.

We’ll use the first option in this blog post, as it is the most common way to use i18n-abide.

So, how do we get our strings out of the PO files and into JSON files?

Our build script is called compile-json.

Assuming out files are in a top level directory locale of our project, and we want the .json files to go into static/i18n, we’d do this:

compile-json loops over each of our .po files and calls po2json.js on it, producing .json and .js files. po2json.js is another program provided by i18n-abide.

If we take the Spanish messages.po we have so far from these blog posts, we’d see:

which would be converted into

So we can use these .json files server side form Node code, or client side by requesting them via AJAX.

The static directory is exposed to web traffic, so a request to /i18n/es/messages.json would get the Spanish JSON file.

This static directory is an express convention, you can store these files where ever you wish. You can serve up static files this via Node.js or a web server such as nginx.

Note: You don’t need the .PO files to be deployed to production, but it doesn’t hurt to ship them.

i18n-abide requires some configuration to decide which languages are supported and to know where to find our JSON files.

As we saw in the first installment, here is the required configuration for our application

We explained in the first post that i18n-abide will do its best to serve up an appropriate localized string.

It will look at supported_languages in the configuration to find the best language match.

You should only put languages in supported_languages, where you have a locale JSON file ready to go.

Okay, now that configs are in place and we have at least one locale translated, let’s fire it up!

In your web browser, change your preferred language to one which you have localized. 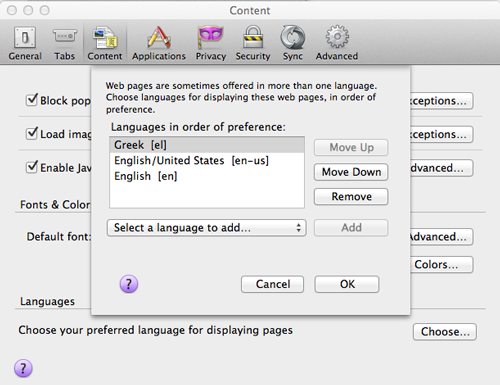 Now load a page for your application. You should see it translated now.

For a real world example, here is Mozilla Persona in Greek. So, cool! 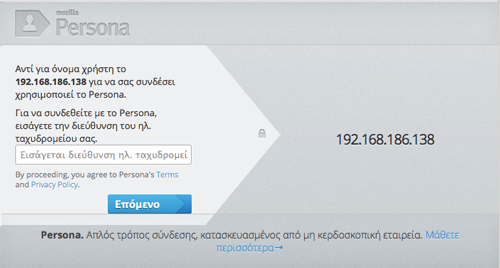 If you want to test your L10n setup, before you have real translations done, we’re built a great test locale. It is inspired by David Bowie’s Labyrinth.

To use it, just add it-CH or another locale you’re not currently using to your config under both supported_languages as well as the debug_lang setting.

Now if you set your browser’s preferred language to Italian/Switzerland (it-CH), i18n-abide will use gobbledygook to localize the content. 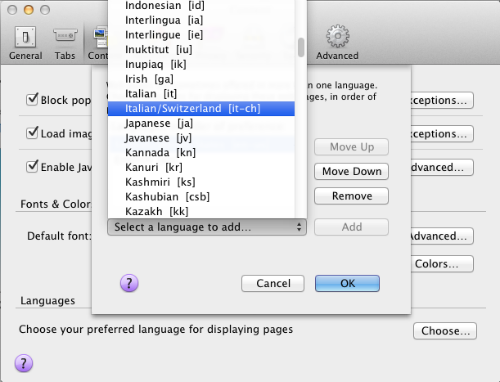 This is a handy way to ensure your visual design and prose work for bi-directional languages like Hebrew. Your web designer can test their RTL CSS, before you have the resources to create actual Hebrew strings. 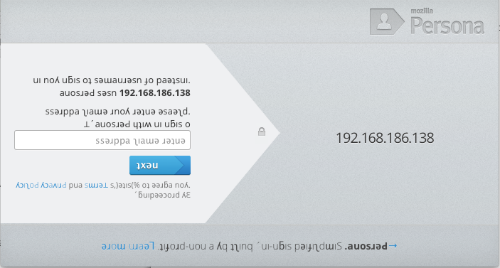 We’ve just scratched the surface of i18n and l10n. If you ship a Node.js based service in multiple locales, you’ll find many gotchas and interesting nuances.

Here is a heads up on a few more topics.

i18n-abide provides a format function which can be used in client or server side JavaScript code.

Format takes a formatted string and replaces parameters with actual values at runtime. This function can be used in one of two flavors of parameter replacements.

You can use format to keep HTML in your strings to a minimum.

In the PO file, they produce these strings:

The first example has a paragraph tag that shows up in the PO file. Yuck. If you ever change the markup… you may have to update it in every locale!

Also, look at that ugly URL.

Reasons to use format:

The named parameters are nice, in that they are self documenting. The localizer knows that the variable is a URL. String interpolation is quite common in localizing software.

Another example is runtime data injected into your strings.

We need to put our L10n hats on early. As early as when we review the initial graphic design of the website.

Database-backed websites have already taught us to think about design in a systematic way, but designers may not be used to allowing for variable length labels or buttons.

Remember our build step to prepare files for localizers to translate? And in this post we learned about po2json.js for using these strings in our app… Well, this means we’re going to need to coordinate our software releases with our L10n community.

Continuous deployment isn’t a solved problem with L10n. Either you have to block on getting 100%
of your strings translated before deploying, or be comfortable with a partially translated app in some locales.

L10n teams may need 1, 2 or even 3 weeks to localize your app, depending on how many strings there are. Schedule this to happen during the QA cycle.

Provide a live preview site, so that localizers can check their work.

In these three blog posts, we’ve seen how to develop a localized app with i18n-abide, how to add a L10n phase to our release build, and lastly, how to test our work.

Localizing your website or application will make your site valuable to an even larger global audience.

Node.js hackers, go make your services accessible to the World!

This was part eleven in a series with a total of 12 posts about Node.js. The previous ones are: