By Andrzej Mazur
Posted on October 24, 2019 in Challenge, Web APIs, and WebVR

This is a short story of how js13kGames, an online “code golf” competition for web game developers, tried out Web Monetization this year. And ended up at the Mozilla Festival, happening this week in London, where we’re showcasing some of our winning entries. 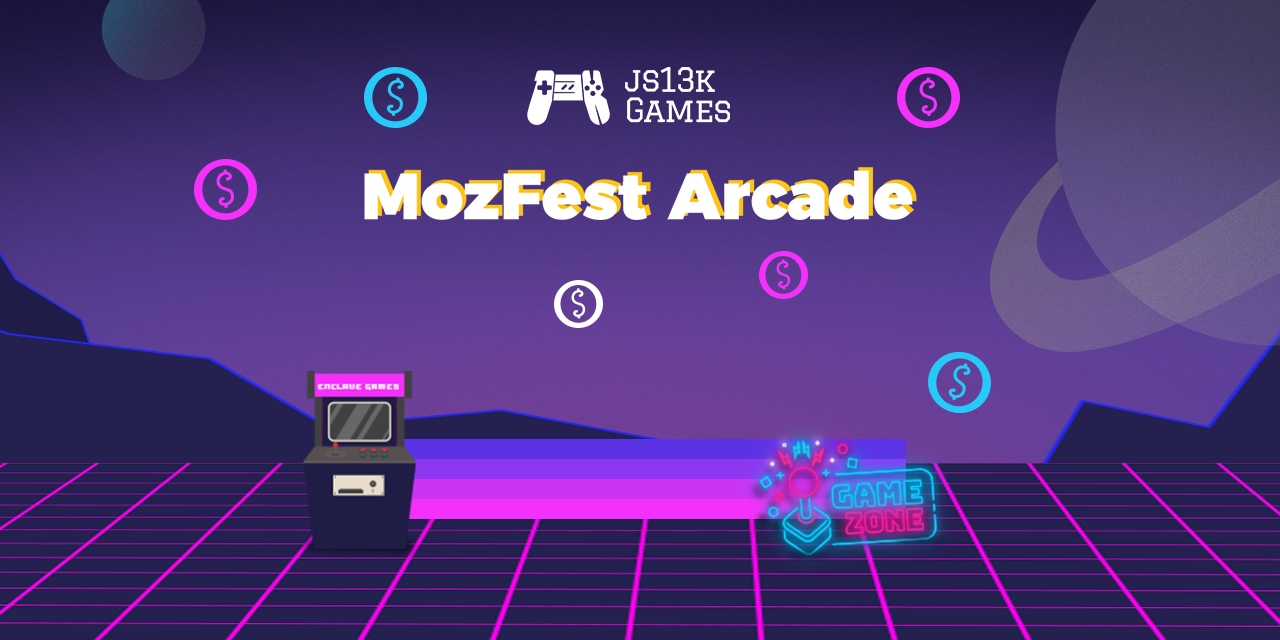 A brief history of js13kGames

The js13kGames online competition for HTML5 game developers is constantly evolving. We started in 2012, and we run every year from August 13th to September 13th. In 2017, we added a new A-Frame category.

You still had to build web games that would fit within the 13 kilobytes zipped package as before, but the new category added the A-Frame framework “for free”, so it wasn’t counted towards the size limit. The new category resulted in some really cool entries.

Fast forward twelve months to 2018 – the category changed its name to WebXR. We added Babylon.js as a second option. In 2019, the VR category was extended again, with Three.js as the third library of choice. Thanks to the Mozilla Mixed Reality team we were able to give away three Oculus Quest devices to the winning entries. 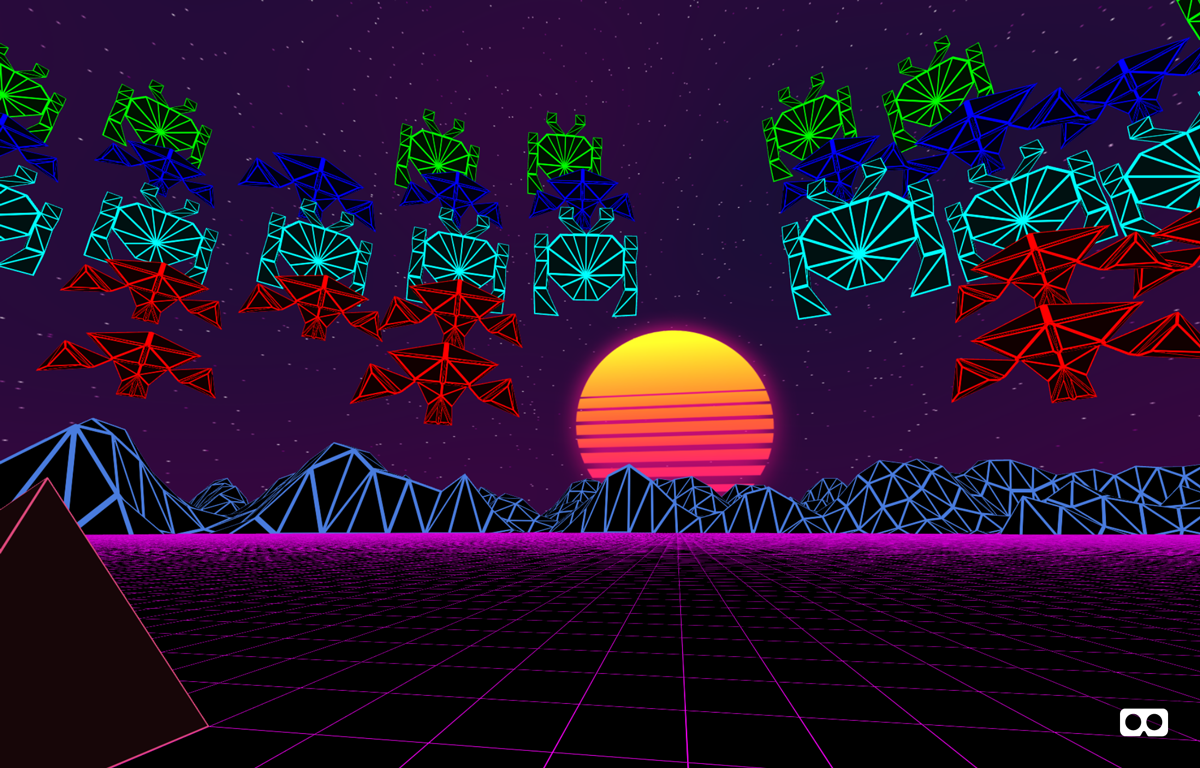 The evolution of judging mechanics

The process for judging js13kGames entries has also evolved. At the beginning, about 60 games were submitted each year. Judges could play all the games to judge them fairly. In recent years, we’ve received nearly 250 entries. It’s really hard to play all of them, especially since judges tend to be busy people. And then, how can you be sure you scored fairly?

That’s why we introduced a new voting system. The role of judges changed: they became experts focused on giving constructive feedback, rather than scoring. Expert feedback is valued highly by participants, as one of the most important benefits in the competition.

At the same time, Community Awards became the official results. We upgraded the voting system with the new mechanism of “1 on 1 battles.” By comparing two games at once, you can focus and judge them fairly, and then move on to vote on another pair.

Voters compared the games based on consistent criteria: gameplay, graphics, theme, etc. This made “Community” votes valuable to developers as a feedback mechanism also. Developers could learn what their game was good at, and where they could improve. Many voting participants also wrote in constructive feedback, similar to what the experts provided. This feedback was accurate and eventually valuable for future improvements.

Web Monetization in the world of indie games 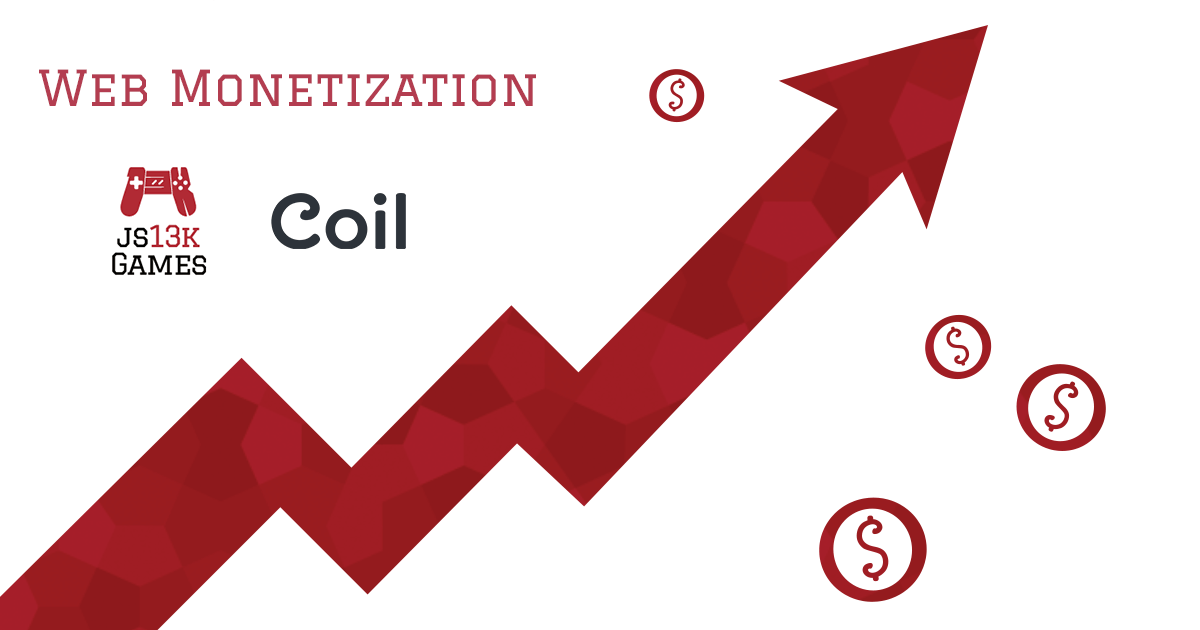 Basically, you add a special monetization meta tag to index.html:

And then you need to add code to detect if a visitor is a paid subscriber (to Coil or any other similar service available in the future):

You can do this detection via an event too:

If the monetization event starts, that means the visitor has been identified as a paying subscriber. Then they can receive extra or special content: be it more coins, better weapons, shorter cooldown, extra level, or any other perk for the player.

It’s that simple to implement web monetization! No more bloated, ever changing SDKs to place advertisements into the games. No more waiting months for reports to see if spending time on this was even worth it.

The Web Monetization API gives game developers and content creators a way to monetize their creative work, without compromising their values or the user experience. As developers, we don’t have to depend on annoying in-game ads that interrupt the player. We can get rid of tracking scripts invading player privacy. That’s why Enclave Games creations never have any ads. Instead, we’ve implemented the Web Monetization API. We now offer extra content and bonuses to subscribers.

See you at MozFest

This all leads to London for the 2019 Mozilla Festival. Working with Grant for the Web, we’ve prepared something special: MozFest Arcade.

If you’re attending Mozfest, check out our special booth with game stations, gamepads, virtual reality headsets, and more. You will be able to play Enclave Games creations and js13kGames entries that are web-monetized! You can see for yourself how it all works under the hood. 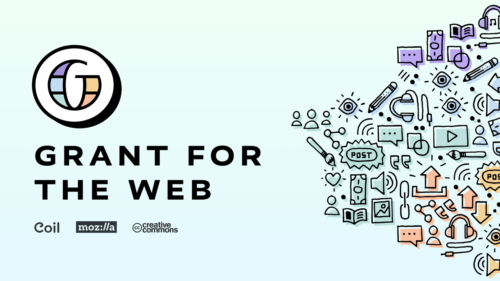 Grant for the Web is a $100M fund to boost open, fair, and inclusive standards and innovation in web monetization. It is funded and led by Coil, working in collaboration with founding collaborators Mozilla and Creative Commons. (Additional collaborators may be added in the future.) A program team, led by Loup Design & Innovation, manages the day-to-day operations of the program.

It aims to distribute grants to web creators who would like to try web monetization as their business model, to earn revenue, and offer real competition to intrusive advertising, paywalls, and closed marketplaces.

If you’re in London, please join us at the Friday’s Science Fair at MozFest House. You can learn more about Web Monetization, Grant for the Web, while playing cool games. Also, you can get a free Coil subscription in the process. Join us through the weekend at the Indie Games Arcade at Ravensbourne University!