By Havi Hoffman
Posted on February 21, 2014 in Apps, Event, and Firefox OS

A bit of background

Through our Phones for Apps program, we’ve shipped hundreds of Geeksphones to app developers around the world. Developers like you ported existing HTML5 apps to Firefox OS, and got to keep the developer preview devices we sent. Huge thanks to hundreds of these pioneers in scores of countries who delivered apps to Firefox Marketplace!

This year we’re focused on finding the very best apps — apps that deliver great experiences and local relevance to Firefox OS users. For HTML5 app developers, powerful cross-platform tools make it easier to build apps for native platforms and to access native device APIs. This week we introduced the Firefox OS Cordova 3.4 integration, which makes it possible to release Cordova apps on the Firefox OS platform. While this is an ongoing project, significant functionality is available now with the 3.4 release of Apache Cordova. Yesterday’s post describes how to use these new capabilities to port your existing app or apps.

If you’ve already built apps with Cordova/PhoneGap this is a unique opportunity to port your apps quickly and easily. We’ve heard from developers who successfully migrated PhoneGap apps to Firefox OS over a weekend — taking hours, not weeks or months. And we know there are great PhoneGap apps out there. For this reason, the third phase of our popular and successful Phones for Apps program will focus exclusively on app “porters” with currently popular and well-rated Cordova/PhoneGap apps. (NOTE: HTML5 applications can be packaged as native apps via the framework and made available for installation. Cordova is the underlying software in the Adobe product PhoneGap.) 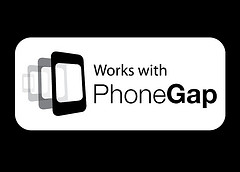 If you’re a Cordova/PhoneGap developer with published HTML5 apps on any platform, we invite you to participate in the Phones for Cordova/PhoneGap Apps program. Show us your well-rated listed app and if it’s a fit for Firefox Marketplace, we’ll ship you a developer device and help you through the process of getting your app into the Firefox Marketplace. Here’s how it works:

In addition to our online Phones for Cordova/PhoneGap Ports program, we plan to host a limited number of invitation-only Firefox OS App Workshops in new locales. We’re excited to announce a workshop in the beautiful city of Prague in the Czech Republic, date to be set next quarter. The enrollment form is open and we are accepting applications from qualified HTML5 developers.

REQUIRED: You must have a Firefox OS app in progress or a published HTML5 app that you’re porting to Firefox OS. Show us a link to your existing app or to working code for the app you’re building. If you don’t provide relevant links to working app code we will not consider your application.

What if you don’t live near Prague in the Czech Republic? Don’t worry! We plan to offer several other app workshops this year and we’ll announce them here. 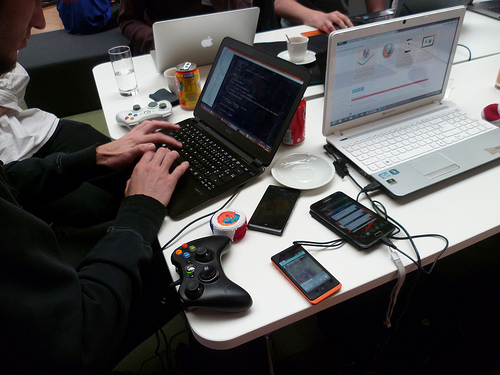 Whether you’re just getting started or you’ve already built apps for Firefox OS, there are many hackathons, App Days, and other events hosted or sponsored by Mozillians and happening around the world where you can participate and learn. Find out about community-driven Firefox events hosted by Mozilla Reps as well as talks and events that include Mozilla participants across the planet.