Firefox 29 was just uplifted to the Aurora release channel. This means that it is time to report some of the major changes that you can expect to see inside of the Developer Tools for this release.

In addition to new features, we have been updating the look and feel of our dark and light themes. The light theme has been completely overhauled, and both themes feature a more consistent design throughout the toolbox. Your current theme can be changed from the Toolbox settings. (development notes)

The Network Monitor now shows you how long it takes the browser to load different parts of your page. This will help measure the network performance of applications, both on first-run and with a primed cache. (development notes)

To open the performance analysis tool, click the stopwatch icon in the network panel. For more information, watch the screencast below or read more on MDN.

You can now copy an image request as a Data URI. Just right click on the image request, select the item from the context menu, and the Data URI will be on your clipboard. (development notes)

We’ve updated the inspector highlighter behavior to bring the highlighting functionality more in line with other tools. (development notes)

CSS transform preview tooltips have been added to the CSS rule view. Now, if you hover over a CSS transform, you will get a tooltip with a visualization of the transform. Grab a download of Firefox Nightly or Aurora and try it out on some live CSS transfom examples. (development notes) 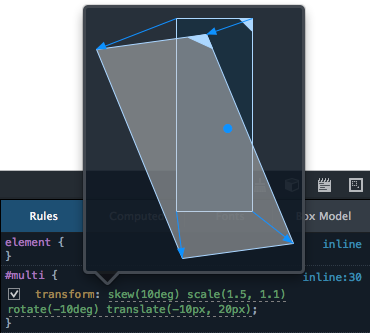 Just like in the network panel, you can now copy <img> elements as Data URIs. (development notes)

Want to read more? We have published a post with more information about using source maps in DevTools to live edit Sass and Less.

We have added a classic call stack list in the debugger next to the list of sources. (development notes)

There is a new ‘enable/disable all breakpoints’ button in the debugger. This will toggle the active state of all existing breakpoints at once, to allow switching between normal usage and debugging quickly. (development notes)

You can now highlight and inspect DOM nodes from the debugger. If you hover a DOM node in the variables listing it will be highlighted on the page, and if you click on the inspect icon the node will be opened in the inspector tab. This feature is also available in the console output. (development notes) 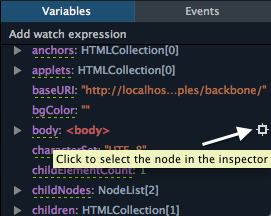 Pretty printing now preserves code comments. We are using the open source pretty-fast pretty printer, so it should be pretty fast. If it isn’t, be sure to let us know. (development notes)

console.trace improvements. The call stack is shown inline with other output, and includes links to access each line in the debugger. (development notes)

The code editor can be seen throughout the tools in places like Scratchpad, Style Editor, and Debugger. Here are some of the updates you will see in this release: 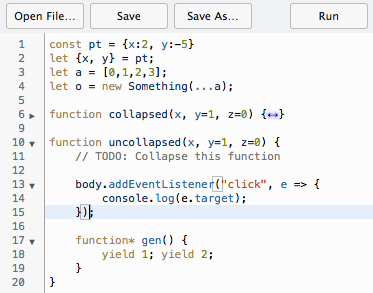 Big thanks to all of our DevTools contributors this release (43 people)! Here is a list of all DevTools bugs resolved for Firefox 29.

Do you have feedback, bug reports, feature requests, or questions? As always, you can comment here or get in touch with the team at @FirefoxDevTools.