Update: In addition to the Cordova integration described below, Firefox OS is now supported in the 3.5 release of Adobe PhoneGap.

If you’re already building apps with PhoneGap, you can quickly and easily port your existing apps to Firefox OS. We think this is so cool that we’ve launched a Phones for PhoneGap Apps program, focused specifically on compelling apps built with PhoneGap and/or Cordova. Got a great PhoneGap app? We’d love to send you a device!

Cordova is a popular Apache Foundation open source project providing a set of device APIs to allow mobile application developers to access native device functions—such as the camera or the accelerometer—from JavaScript. HTML5 applications can be packaged as native apps via the framework and made available for installation from the app stores of supported platforms, including iOS, Android, Blackberry, Windows Phone—and now Firefox OS. Cordova is also the underlying software in the Adobe product PhoneGap.

Over the past few months, Mozilla has been working with the Cordova team to integrate Firefox OS into the Cordova framework, making it possible to release Cordova apps on the Firefox OS platform. While this is an ongoing project, significant functionality is available now with the 3.4 release of Cordova. In this post we will describe how to use these new capabilities.

Creating and building a Firefox OS app in Cordova

The Cordova site explains how to install the software. Note the installation procedure requires Node.js and can be executed from the command line.

Once Cordova is installed, an application can be built with the Cordova create command. (Parameters for the command are described in the Cordova documentation linked above.)

This will create a directory named hello that contains the project and a basic web app in the hello/www directory. In order to produce a Firefox OS app, the proper platform needs to be added next.

With some of the other supported platforms, you would generally run a build command at this stage to produce the output for the platform. Because Firefox OS is an HTML5-based operating system, no compile step is needed to process and produce the app. The only step required is a prepare statement to package the app.

Those are the basic steps to generate a simple Firefox OS app from a Cordova project. The output for the project will be located in the hello/platforms/firefoxos/www directory.

With most other Cordova platforms you would use the emulate or run commands to test an app. With Firefox OS you currently need to use the App Manager, which is the primary tool for debugging and interrogating a Firefox OS app. The tool offers many capabilities including JavaScript debugging and live editing of the CSS while connected to a device.

The above link explains how to install and start the App Manager. Once the App Manager is running, you can click the Add Packaged App button and select the hello/platforms/firefoxos/www directory of your app and press the Open button. 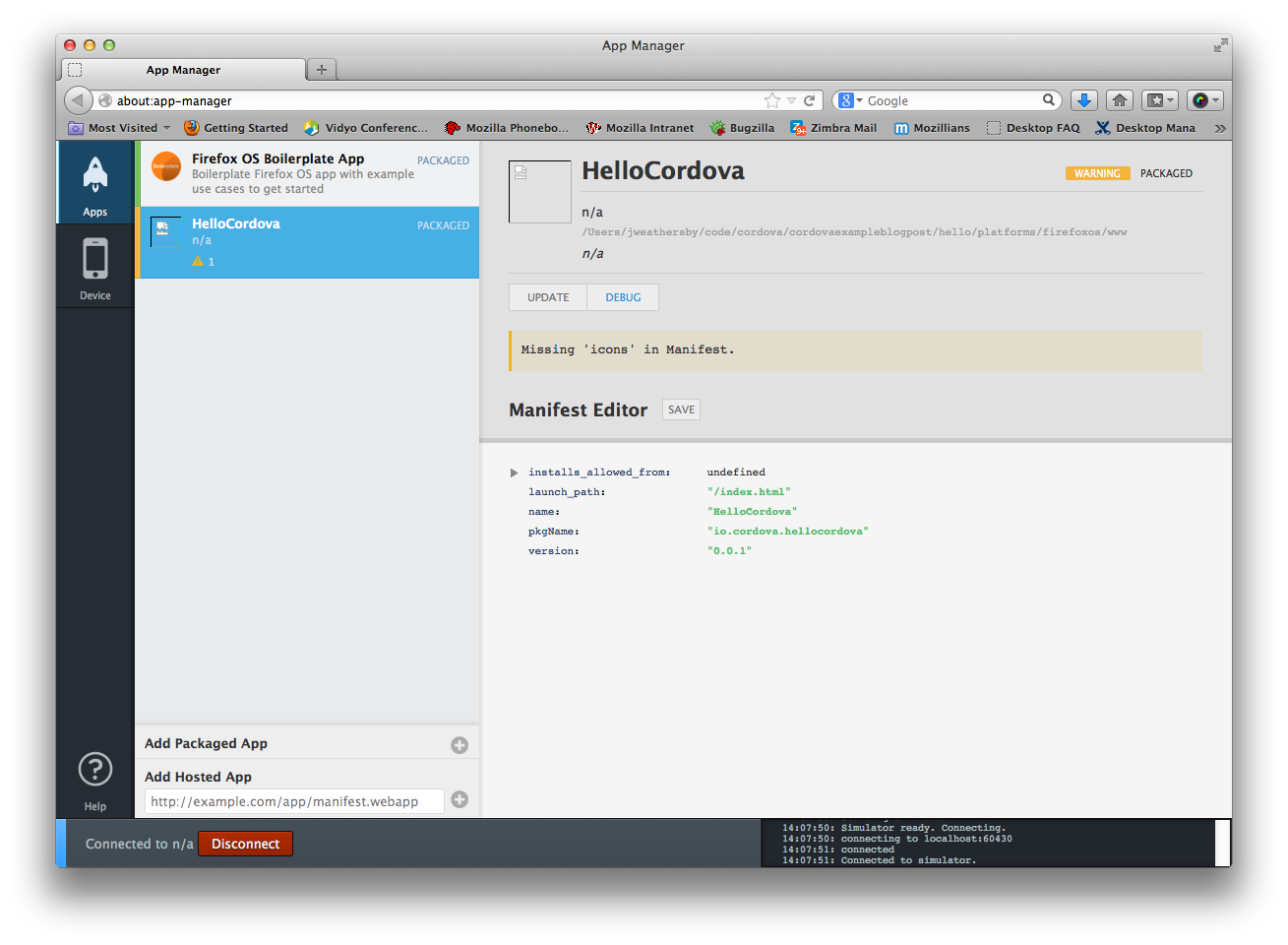 This will add the basic app to the App Manager. You will notice no icons are present. This is because the framework integration does not provide them currently and only a bare-bones manifest.webapp is created. From here you can update the app or debug it. Note that between updates you must run a cordova prepare firefoxos command as this step packages the app and puts it in the platforms/firefoxos/www directory. Below is a screenshot of the Cordova HelloWorld app being debugged. 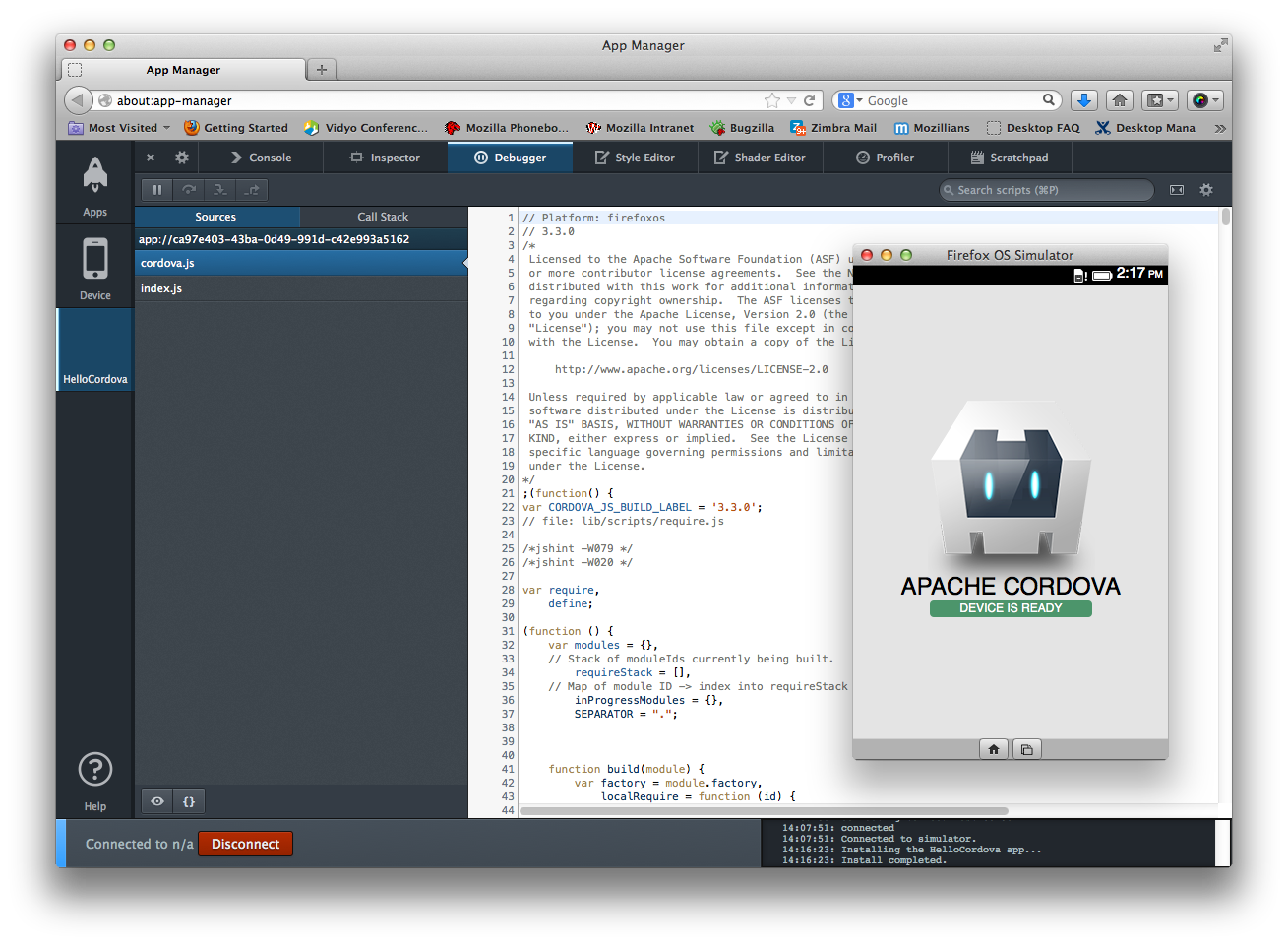 With the default integration in Cordova, a very generic manifest is created and placed in the platforms/firefoxos/www directory. In almost all cases this will not suffice, as you will at least want to provide icons for your app. The App Manager will complain if the app does not contain at least a 128×128 pixel sized icon. This does not prevent you from testing your app, but it is required to upload your app to the Firefox Marketplace. The manifest can be created with a simple text editor or you can modify the manifest in the App Manager. An example manifest.webapp is shown below.

Make sure the manifest is created or copied into the project/www folder. Subsequent cordova prepare commands will replace the auto-generated manifest with your application-specific manifest.

When creating a Cordova app, the starter code generated includes index.html, css/index.css, img/logo.png and js/index.js files. The code in index.js is initiated in index.hml like this:

The initialize function essentially sets up the event trigger for the onDeviceReady event, which signifies that the Cordova framework is loaded and ready. The generated code is sufficient for Firefox OS unless you want to implement a privileged App. Privileged apps are Marketplace-signed apps that require the use of more sensitive APIs–for example, Contacts API. See the Packaged apps documentation for more information. For privileged Apps, code like this violates CSP restrictions because of the inline script tag. To get around this, remove the inline script and initiate the app using a window.onload event in the js/index.js file.

To test and debug the Cordova/Firefox OS integration we developed a sample app. This application is available on GitHub. It illustrates use of the device-specific plugins. The images and code snippets in the following sections were taken from the sample app. If you want to check out the code and work with it, first create a Cordova project and check the code into the project/www directory. You can then run cordova prepare firefoxos to package the app. Run and debug as described earlier in this post. 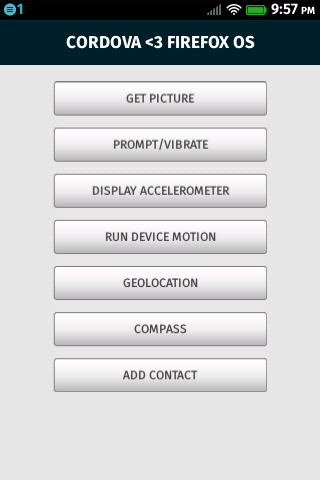 Cordova uses a plugin architecture to implement device APIs, such as Accelerometer, Geolocation or Contacts. These APIs are very similar to Firefox OS Web APIs and Web Activities and are documented on the Cordova website. Below are the current plugins implemented for Firefox OS and a brief description of how you can include them in your app. You can always see the current status of plugin development for the Firefox OS Platform by checking Jira on the Apache website.

The notification API is used to alert the user of your app and is implemented in two plugins: org.apache.cordova.dialogs and org.apache.cordova.vibration. Currently we have implemented the alert, confirm, prompt and vibrate functions. To use this functionality, add the plugins to your project with the following commands:

You can now use the notification functions. 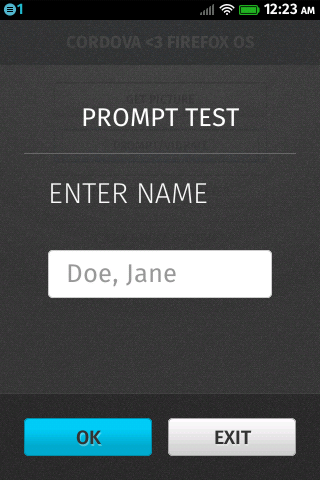 The compass API is implemented using the org.apache.cordova.device-orientation plugin. This plugin implements the compass getCurrentHeading and watchHeading functions. To use it simply run the plugin add command:

Once the plugin is added, you can use the get or watch heading function to get compass information. 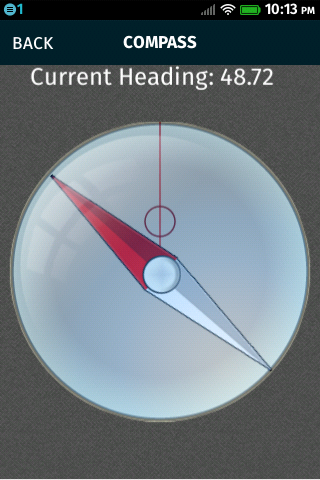 The Accelerometer is accessed using the org.apache.cordova.device-motion plugin and gives the developer access to acceleration data in x, y and z directions. This plugin implements the getCurrentAcceleration and watchAcceleration functions.

To use these functions, add the device-motion plugin to your project by executing the following command.

You can then monitor the acceleration values using code similar to this:

You can also monitor the device orienttation event and retrieve alpha, beta, and gamma rotation values like: 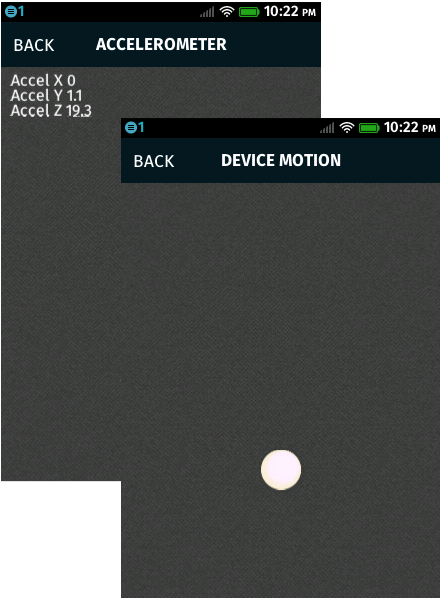 The camera API is used to retrieve an image from the gallery or from the device camera. This API is implemented in the org.apache.cordova.camera plugin. To use this feature, add the plugin to your project.

In the Firefox OS implementation of this plugin, the getPicture function will trigger a Web Activity that allows the user to select where the image is retrieved.

Code similar to the following can be used to execute the getPicture function:

The contacts API is used to create or retrieve contacts on the device and is implemented in the org.apache.cordova.contacts plugin. To access this feature, run the following command:

Apps that access contacts must be privileged with the appropriate permission set in the manifest file. See “The Firefox OS Manifest” section earlier in this post to understand how to create a custom manifest for your application. For this API, you will need to add the following permissions to the manifest:

See the manifest documentation for specific access rights. In addition, you will need to change the type of app to privileged in the manifest.

Once the manifest has been changed, you can add contacts with code like the following. 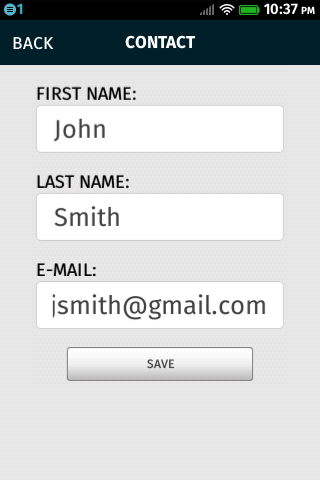 The geolocation API is used to retrieve the location, time and speed values from the devices GPS unit and is implemented in the org.apache.cordova.geolocation device plugin.

You can retrieve the device latitude, longitude and a timestamp using this API on Firefox OS, but it does require the addition of a permission to the manifest file. See “The Firefox OS Manifest” section earlier in this post to understand how to create a custom manifest for your application.

Adding this permission causes the app to prompt the user for permission to retrieve the GPS data. You can use either getCurrentPosition to read the GPS once or watchPosition to get an interval based update. 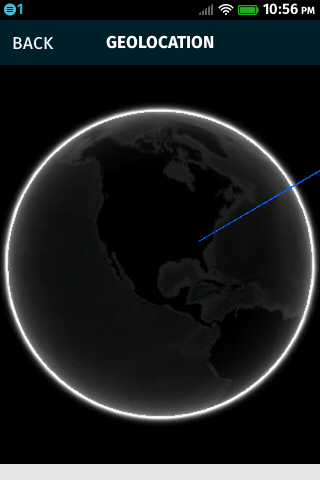 This post covered some of the basics of the new Firefox OS Cordova integration. We will continue to add more device APIs to the project, so stay tuned. If you are interested in working on the integration or need support for a specific device plugin, please contact us on Stack Overflow under the firefox-os tag or in #cordova on Mozilla IRC.

In the meantime, if you have a Cordova app that makes use of the APIs discussed above, please try generating it for Firefox OS and submitting it to the Firefox Marketplace!

Piotr Zalewa is a Senior Web Developer at Mozilla's Dev Ecosystem team. Working on web apps. He is the creator of JSFiddle.