Build Your Next App With a Flame

By Havi Hoffman
Posted on May 29, 2014 in Apps, Featured Article, and Firefox OS

Update:This program is now closed. We are no longer accepting new “phones for apps” proposals for Apps on a Flame. The form to submit is no longer available. Thanks for all the great apps built or ported for Firefox OS. If you’re still working on an app, we can’t wait to see it live in Firefox Marketplace.

Earlier this week, we introduced Flame, the Firefox OS reference device for developers, testers and reviewers from T2Mobile, and announced the opening of the everbuying.com pre-order page. The Flame retails at $170 (USD), global shipping included. 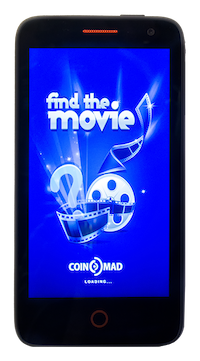 If you are an experienced HTML5 app developer with a published, well-rated app that you’d like to port to Firefox OS, we’d love to hear from you! It’s always exciting to discover topnotch apps (such as PhoneGap app Find the Movie, pictured to the right running on a Flame) and see them ported from native platforms to Firefox OS. We currently have a small inventory of Flame phones for qualified HTML5 app developers with published, well-rated apps.

Through our ongoing Phones for Apps program, there’s an opportunity now for a limited number of invited app developers to receive Flame devices in exchange for a commitment to port their qualifying HTML5 apps within a month of receiving the device. Please apply here.

There are only three ways to qualify: