By John Whitlock
Posted on November 9, 2018 in MDN and Performance

Here’s what happened in October to the code, data, and tools that support MDN Web Docs:

Here’s the plan for November:

We shipped some changes designed to improve MDN’s page load time. The effects were not as significant as we’d hoped.

Our sidebars, like the Related Topics sidebar on <summary>, use a “mozToggler” JavaScript method to implement open and collapsed sections. This uses jQueryUI’s toggle effect, and is applied dynamically at load time. Tim Kadlec replaced it with the <details> element (KumaScript PR 789 and Kuma PR 4957), which semantically models open and collapsed sections. The <details> element is supported by most current browsers, with the notable exception of Microsoft Edge, which is supported with a polyfill. 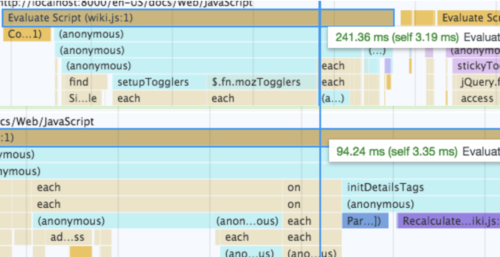 We expected at least 150ms improvement based on bench tests

The <details> update shipped October 4th, and the 31,000 pages with sidebars were regenerated to apply the change.

A second change was intended to reduce the use of Web Fonts, which must be downloaded and can cause the page to be repainted. Some browsers, such as Firefox Focus, block web fonts by default for performance and to save bandwidth.

One strategy is to eliminate the web font entirely. We replaced OpenSans with the built-in Verdana as the body font in September (PR 4967), and then again with Arial on October 22 (PR 5023). We’re also replacing Font Awesome, implemented with a web font, with inline SVG (PR 4969 and PR 5053). We expect to complete the SVG work in November.

A second strategy is to reduce the size of the web font. The custom Zilla font, introduced with the June 2017 redesign, was reduced to standard English characters, cutting the file sizes in half on October 10 (PR 5024).

These changes have had an impact on total download size and rendering time, and we’re seeing improvements in our synthetic metrics. However, there has been no significant change in page load as measured for MDN users. In November, we’ll try some more radical experiments to learn more about the components of page load time.

SpeedCurve Synthetic measurements show steady improvement, but not yet on target.

Ryan Johnson, Ed Lim, and Dave Parfitt switched production traffic from the Marketing to the IT servers on October 29th. The site was placed in read-only mode, so all the content was available during the transition. There were some small hiccups, mostly around running out of API budget for Amazon’s Elastic File System (EFS), but we handled the issues within the maintenance window. 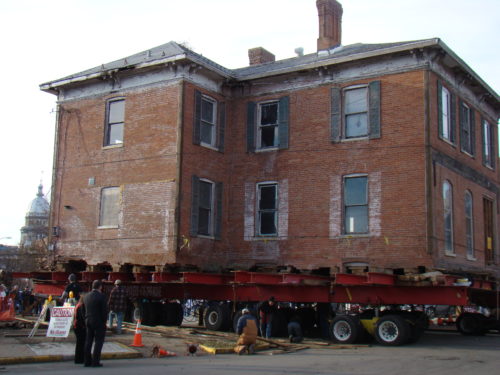 In the weeks leading up to the cut over, the team tested deployments, updated documentation, and checked data transfer processes. They created a list of tasks and assignments, detailed the process for the migration, and planned the cleanup work after the cut over. The team’s attention to detail and continuous communication made this a smooth transition for MDN’s users, with no downtime or bugs.

The MozIT cluster is very similar to the previous MozMEAO cluster. The technical overview from the October 10, 2017 launch is still a decent guide to how MDN is deployed.

There are a handful of changes, most of which MDN users shouldn’t notice. We’re now hosting images in Docker Hub rather than quay.io. The MozMEAO cluster ran Kubernetes 1.7, and the new MozIT cluster runs 1.9. This may be responsible for more reliable DNS lookups, avoiding occasional issues when connecting to the database or other AWS services.

In November, we’ll continue monitoring the new servers, and shut down the redundant services in the MozMEAO account. We’ll then re-evaluate our plans from the beginning of the year, and prioritize the next infrastructure updates. The top of the list is reliable acceptance tests and deploys across multiple AWS zones.

There were 352 PRs merged in October: 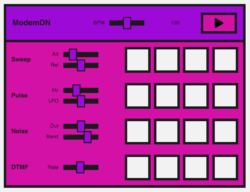 78 pull requests were from first-time contributors:

We’ll continue on performance experiments in November, such as removing Font Awesome and looking for new ways to lower page load time. We’ll continue ongoing projects, such as migrating and updating browser compatibility data and shipping more HTML examples like the one on <input>.

In October, we shipped a new way to support MDN with one-time payments. For November, we’re working with Potato London again to add the option for monthly payments to MDN.

If you’re just getting started, take a look at the MDN wiki page for new contributors or have a look at