Firefox Quantum is now available in Developer Edition, and this Firefox is fast.

As a reader of the Hacks blog, you may be familiar with Project Quantum, our attempt to refactor, redesign, replace, and modernize the very core of Firefox. We’ve shipped many incremental improvements to Firefox in the past, but this release marks the first milestone where we believe Firefox fundamentally feels like a newer, better browser.

To celebrate, we gave Developer Edition a brand new logo: 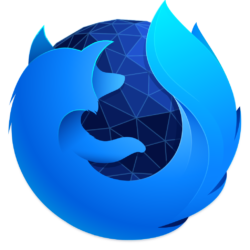 Why does this feel like a brand new browser? Read on!

Firefox Quantum: Towards a next-gen browser

The result? Compared to Firefox six months ago, today’s Developer Edition is twice as fast on benchmarks like Speedometer 2.0 that simulate the real-world performance of modern web applications. 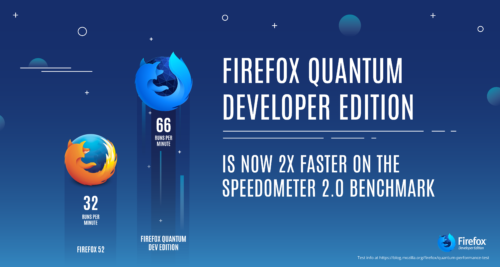 To complement Quantum, the Photon team rebuilt Firefox’s interface to be faster and more modern: 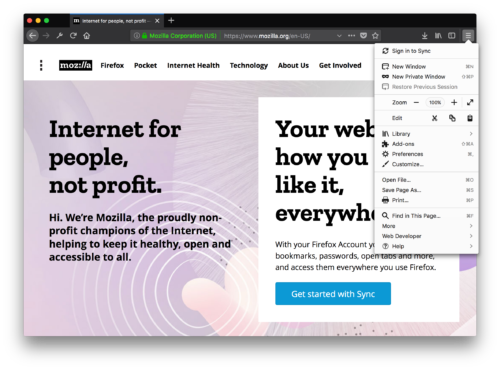 You’ll hear more about Photon in November, but highlights include redesigned menus, square tabs, and a new “Library” button that acts as a single place for your bookmarks, downloads, history, etc. By default, Photon combines the search and URL bars into a single widget, but the old style is only a preference away.

The “Activity Stream” project redesigned the New Tab Page to feature highlights from your recent history and bookmarks, as well as recommendations from Pocket. Of course, each of these content blocks are optional, and add-ons can completely replace the new tab page to create entirely different experiences. 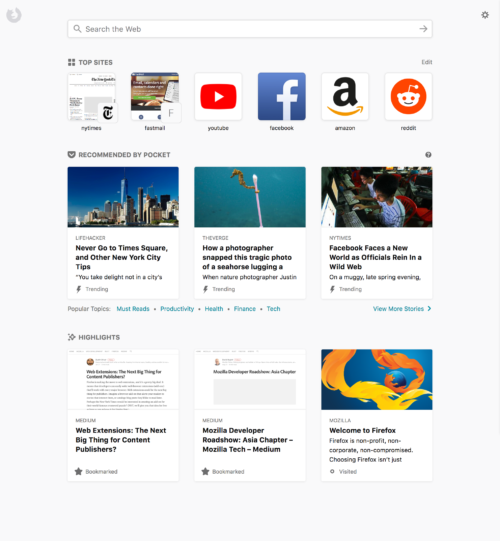 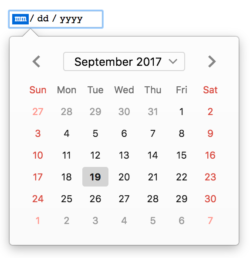 Lastly, Firefox’s preferences were completely redesigned and are now searchable.

DevTools in 57: Redesigned and better than ever

And that’s not all. To read in greater depth about what’s new in Firefox Developer Tools, check out Developer Edition Devtools Update.

Today’s release is a major milestone in Project Quantum, but we’re not done. Future releases of Firefox will include Quantum Render, a brand new, GPU-optimized rendering pipeline based on Servo’s WebRender project, and Quantum DOM Scheduler, a new technique that ensures that tabs in the background can’t slow down your active tabs.

Try out Developer Edition today, or sign up to get notified when Firefox Quantum is released to mainline Firefox. Either way, stay tuned to the Hacks blog to learn more about Project Quantum!