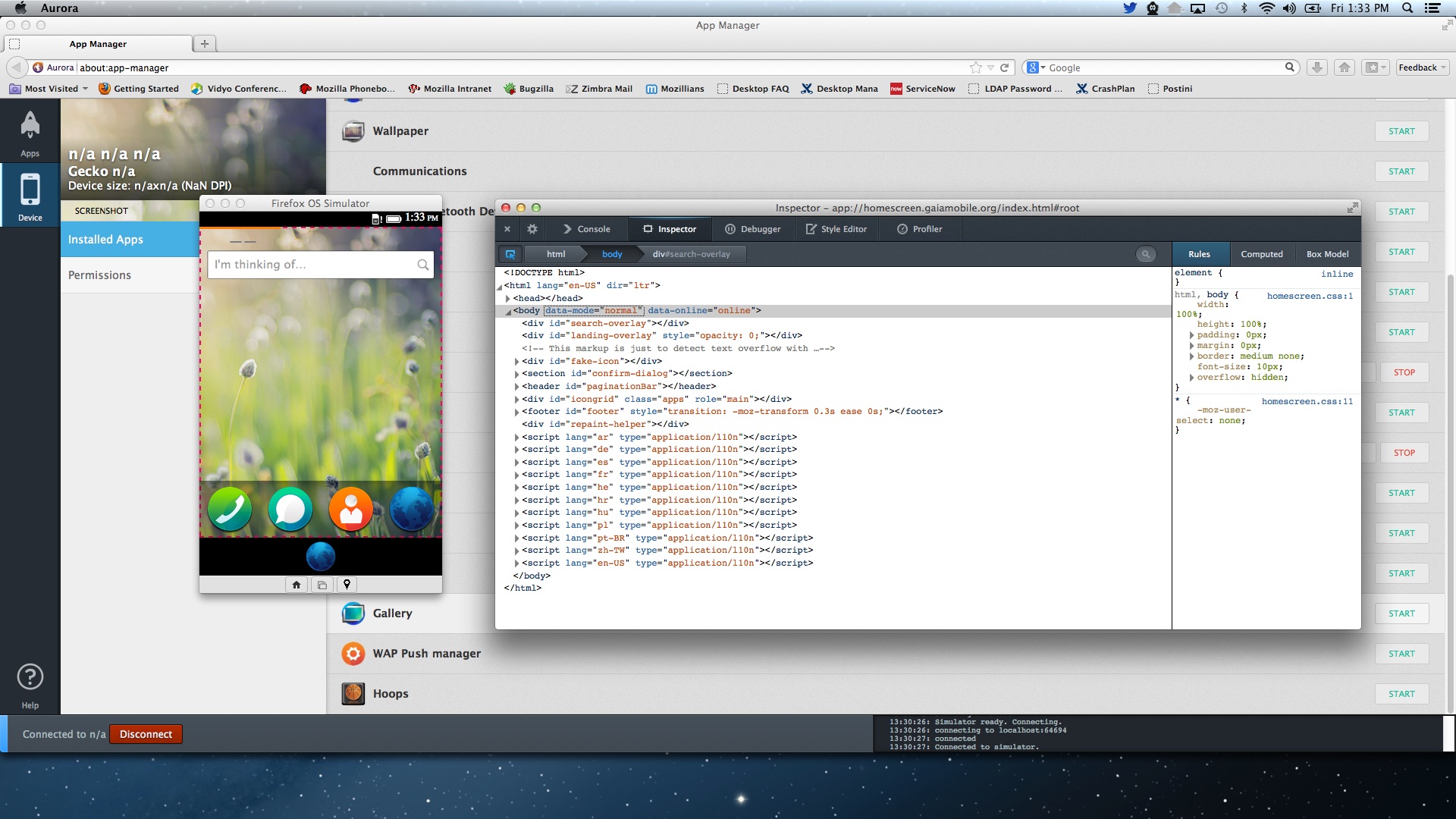 Additional features made available in Firefox 26 are discussed in this post.

The App Manager replaces the current Simulator Dashboard and provides an integrated debug and deployment environment for your Firefox OS apps, by leveraging the existing Firefox Developer Tools. You can install hosted or packaged apps and debug them in the Simulator or with a connected device. The App Manager also provides additional information to the developer including the current Firefox OS version of a connected device, the ability to take screenshots, a list of all currently installed apps and a list of all the APIs and what privilege level is required to use each. Here is a screencast of the App Manager showing off some of the features available for Firefox OS Development.

In addition to debugging your own apps, the App Manager also provides the ability to update, start, stop and debug system level apps. Debugging an app using the Developer Tools is similar to debugging any other Web app and changes made in the Tools are automatically reflected real-time to the app either in the Simulator or the connected device. You can use the Console to see warnings and errors within the app, the Inspector to view and modify the currently loaded HTML and CSS, or debug your JavaScript using the Debugger. 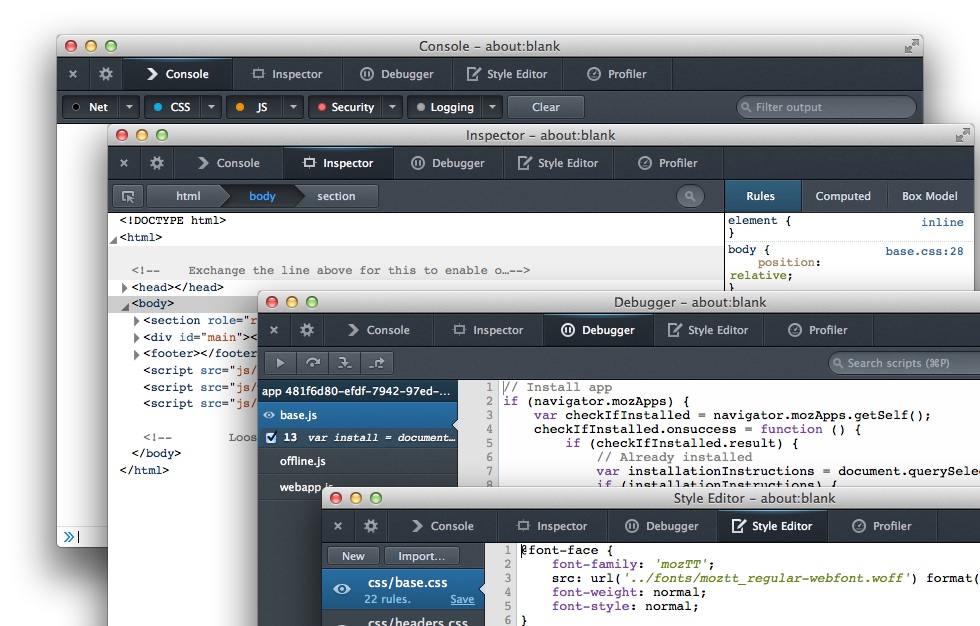 Getting Started with the App Manager

To get started using the App Manager take a look at the MDN Documentation on Using the The App Manager. Do keep in mind that to see what is shown above you need:

Details for these are described in the above MDN link.

Mozilla is very interested in your feedback as that is the best way to make useful tools, so please be sure to reach out to us through Bugzilla or in the comments and let us know what you think about the new App Manager.