By Chris Heilmann
Posted on August 22, 2013 in Apps, Firefox OS, Video, and Videoseries

In the sixth video of our “Firefox OS – the platform HTML5 deserves” series (the previous five videos are published here) we talk about how Web Activities allow you as a developer to access parts of the hardware without having to package your app. 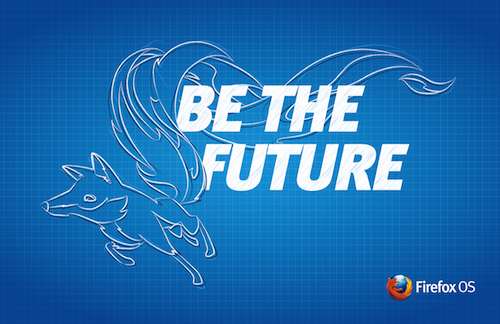 Check out the video featuring Chris Heilmann (@codepo8) from Mozilla and Daniel Appelquist (@torgo) from Telefónica Digital/ W3C talking about the why and how of Web Activities. You can watch the video here.

Web Activities are a way to extend the functionality of HTML5 apps without having to access the hardware on behalf of the user. In other words, you don’t need to ask the user to access the camera or the phone, but instead your app asks for an image or initiate a call and the user then picks the app most appropriate for the task. In the case of a photo the user might pick it from the gallery, the wallpapers or shoot a new photo with the camera app. You then get the photo back as a file blob. The code is incredibly simple:

You invoke the “pick” activity and you ask for an image by listing all the MIME types you require. This small script will cause a Firefox OS device or an Android device running Firefox to show the user the following dialog: 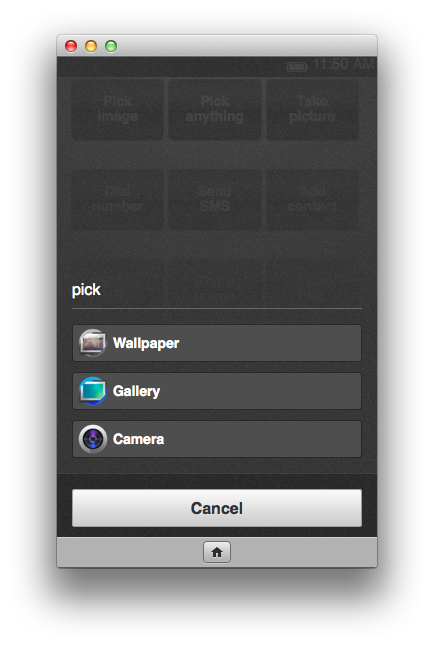 All activities have a success and failure handler. In this case you could create a new image when the user successfully picked a source image or show an alert when the user didn’t allow you to take a picture or it was the wrong format:

Other Web Activities work in a similar fashion, for example to ask the user to call a number you write the following:

This opens the application the user has defined as the one to make phone calls, and asks to call the number. Once the user hangs up, you get a success handler object back.

Web Activities have a few benefits:

We’ve covered the subject here before in detail in the Introducing Web Activities post.

The simplest way to get started with Web Activities on a Firefox OS device (or simulator) or an Android phone running Firefox is to download the Firefox OS Boilerplate App and play with the activities and the code: 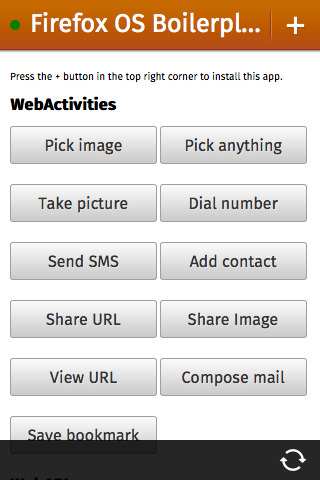 Web Activities are a simple way to enable the apps hosted on your servers to reach further into the hardware without acting on behalf of the user. Instead, you let users decide how to get the information you want and concentrate on what to do with the data once you have it instead.