Three months ago we were proud to release the 1.0 version of the Firefox OS Simulator. We’ve made a lot of progress since, and version 2.0 came out about a month ago (latest official version). Now, moving forward, we’d like to present and introduce you to a preview of the upcoming 3.0 version! 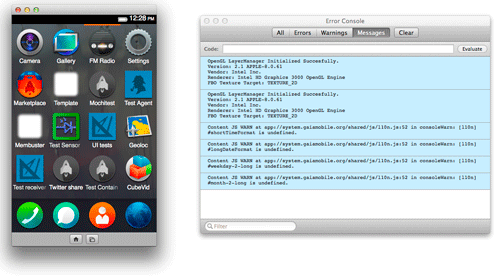 We discussed whether we should talk about this new version yet, since it’s a bit rough around the edges, but we decided to give it a go for two reasons:

New features in the preview

We’ve listened to the feedback and have tried to target the most common features being requested and well-needed. New features include:

This means that if you have an existing device supporting Firefox OS, connected via USB, you will be able to push apps installed in the Firefox OS Simulator directly to that device. 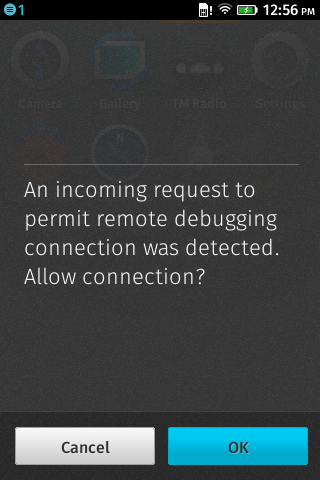 There’s now a feature to rotate the simulator, get events and more, to adapt your contents to both portrait and landscape. Supports the mozorientationchange event. 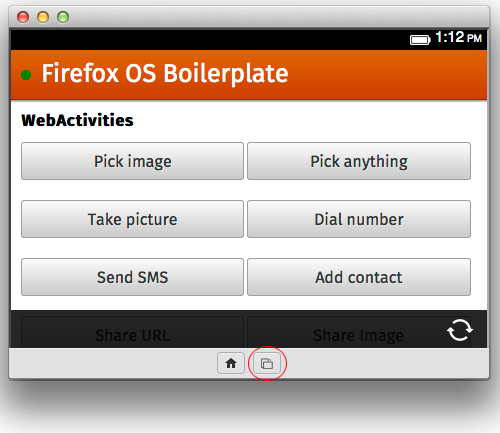 The simulator now also supports geolocation, so you can test it in your app, and read out longitude and latitude values.

Coming soon: an enhancement that lets you specify the geolocation to provide!

When you add an app to the Firefox OS Simulator, it also does a quick validation of your manifest file for errors and warnings, including problems that prevent installing the app in the Simulator, usage of APIs that the Simulator doesn’t yet simulate (not all APIs in there yet), and missing properties that are required by the Marketplace or devices.

We have all the versions of the Firefox OS Simulator on our FTP server, under its working name r2d2b2g. Here are the direct links to the installation files (installs as an extension in Firefox)

Once installed, it will be available in Firefox in the Tools > Web Developer menu: 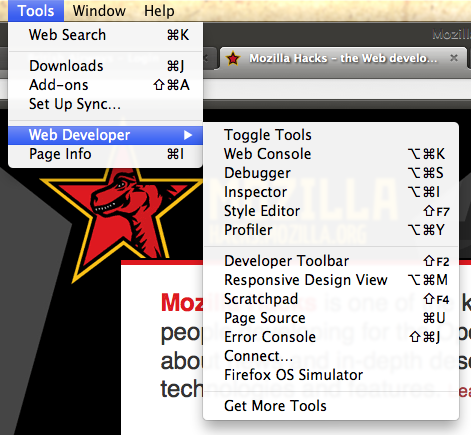 Please let us know in the comments here or by filing a bug. Hopefully you will like the improvements and they will benefit you with developing apps!

To get started, we have had a number of articles here on Mozilla Hacks previously:

Additionally we have some other resources:

Luca Greco loves to hack, especially on JavaScript and other web-related technologies. Currently this love pushes him to work and experiment at Alca Società Cooperativa focusing on Web apps and new HTML5 features. He comes to Mozilla Platform and Mission toward the end of 2006, and thanks to MozRepl he started to hack on this powerful platform. Sometimes he git-push on github.com/rpl and tweets on @lucagreco.