Mozilla and Games: Pushing the Limits of What’s Possible

By mbest
Posted on August 28, 2012 in Featured Article and HTML

At Mozilla, we believe in the power and potential of the Web and want to see it thrive for everyone, everywhere.

We’re committed to building the infrastructure needed to keep the Web the most robust platform on the planet. Although its roots have been around for some time, Mozilla’s focus on games is a relatively new initative. We are focused on making Firefox the best game development platform possible. 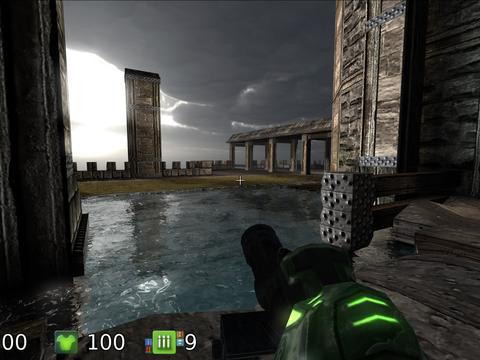 The latest Firefox release includes all of the JavaScript and WebGL updates needed to produce this demo.

BananaBread was developed by Mozilla to show our progress in action. We ported a complete C++ game engine to JavaScript using Emscripten. The original opensource engine is called Cube 2. It was designed to support first person shooters. Few believed porting a full, highly responsive game to JavaScript was an achievable goal. (We had our own doubts.) To our amazement, we found that we were able to build a demo that surpassed our highest expectations.

The project required very few code modifications to the original game, which demonstrates that porting games to the Web does not have to be difficult.

Here are a few technologies that have landed this year to advance our support for HTML5 games:

Firefox for desktops has come a long way in a short time. But there is still more to come. We are working on features that will improve performance and make development easier. We are also investigating options for porting to JavaScript from languages such as C# and Java.

Our focus for the first half of 2012 was Firefox for Windows, Mac and Linux, and while we continue to make improvements there, our focus for the second half of the year will include Firefox for Android and Firefox OS. There are hard challenges ahead but we are excited to deliver the maximum potential HTML5 has to offer, both in features and performance.

One of the main goals of the Mozilla Community working on games is to not only drive game development on Firefox but across all browsers. Any browser that has implemented the necessary modern Web standards used by the BananaBread demo can run it. These efforts help us stay in touch with how HTML5 is coming together and see opportunities where we can make developers’ lives easier. Hearing directly from the HTML5 game developer community is a key part of how we learn what needs to be done.

I hope you’ll come and join us in raising the bar on what’s possible!

You can join the conversation on our IRC server at irc.mozilla.org, channel #games.

Martin is currently the Director of Platform Product Management at Mozilla.