Once a month, Mozilla Foundation’s Xavier Harding speaks with people in the tech industry about where they’re from, the work they do and what drives them to keep going forward. Make sure you follow Mozilla’s Hacks blog to find more articles in this series and make sure to visit the Mozilla Foundation site to see more of our org’s work. 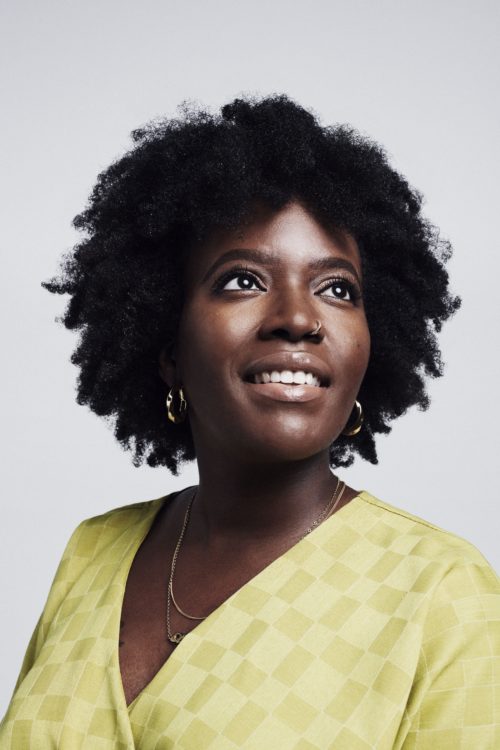 Seyi Akiwowo’s reputation precedes her. Akiwowo is the founder of Glitch, an organization that seeks to end online abuse. Akiwowo is a graduate of the London School of Economics. She’s delivered talks at TED, European Parliament, the U.N. and more and was elected a councillor for the Labor Party in East London — the youngest Black woman ever to do so.

We spoke with Seyi over video chat to learn about what drives her, why she does what she does and what she’d be doing if not battling trolls online for a living. All that in this month’s Hacks: Decoded.

Where do we even begin? What do you consider to be the starting point of your story?

I’d start with my love for the internet. When you’re in this anti-troll, human rights space, you’re pitched as anti-tech and anti-change and it’s simply not true. It’s because I’m such a lover and fan of the internet, I do what I do. I’m part of the ’90s, Microsoft-PC-with-the-big-back-and-a-CD-drive generation.

I had dial-up internet and spent huge amounts of time on MSN and MySpace. There were times I was home alone, my mum out trying to make ends meet, my dad not around, and the computer was my outlet. I adored all of it. The worldwide web was my friend. It was my connection to the rest of the world, all while in a small council flat in East London.

It was when I appeared in a video that went viral that I learned what it meant to be a black woman online. I realized, “Oh, there are people that don’t know me and do not like me and are telling me that they don’t like me in very violent ways.” So I’d say my journey starts with the love of the internet and innovation. When you’re in this kind of anti-troll, human rights space, you’re kind of pitched as anti-tech and anti-change and it’s not [true], it’s because I’m such a lover of the internet is the reason I do what I do.

How does where you’re from influence what you do now?

I went to a very good university but the mix of social classes felt almost like a class war! Going to university was the first time I ever felt othered. I didn’t feel it growing up. I grew up in Newham in East London and I didn’t really realize I was from a poor area. There’s such beauty and safety in that, but there’s also a glass ceiling without you really realizing it.

I grew up with an entrepreneurial spirit and we just made do with what we had and we just were still excellent with the minimum we had. I see how that translates to nowadays. I can really make £1 of funding go far at Glitch! My working-class bargain hunting roots really helped me be frugal with money.

It’s interesting how when you throw a Black woman into the mix, people don’t know how to act. Off the internet but specifically on the internet too.

It is, something I’ve been thinking about a lot is that the internet doesn’t need to be this bad if we just listen to Black women many many years ago. If we think about some of the Black activists or campaigners or even the Black women that were just minding their business but got forced into this issue because of their lived experience, like myself. Folks at Facebook, Twitter, Google who weren’t listening — you have Sydette and Michelle Ferrier. Michelle is a journalist who, after a hate campaign, started Troll Busters to help other journalists and women.

You’ve got Angry Black Lady on Twitter who I remember learning a lot about her experience on social media and she just wasn’t listened to. I think white men not only have the privilege to make things and get a lot of venture capital and raise a lot of money to make these huge products and break and fail. That’s one. But they’re also privileged in their echo chamber bubble that they didn’t have to listen to Black women. And it was only until it started affecting white middle-class upper-class Hollywood that we started paying closer attention to this issue.

You’re saying something a lot of us know. Black women encounter harms on these platforms that a white guy may not necessarily encounter. And yet, most of the leadership at these companies are not black women, they’re mostly white men — a group of folks who may not realize how bad these problems are. Why do you think that is? When will it change?

I really don’t know and I think it’s a conundrum that isn’t unique to the tech space. You see it everywhere. You see it in conversations in policy discussions about domestic abuse or refugees and you do not have the community that faces it the most, in those conversations.

That’s the whole reason I went into politics because decisions were being made about my community that’s predominantly people of colour, we have such a high transient population, one of the most diverse boroughs in the world, and yet the council did not look like its community. It’s a phenomenon that’s existed in so many places and it’s even worse in tech because you’re seeing such the direct harm it’s having tenfold.

But it’s everywhere. The erasure and the lack of dignity and respect Black folks and people of colour are given. Issues have to become mainstream enough for people to act on that. Black Lives Matter had to become mainstream enough for people to finally listen. It’s a lesson for all of us. How do we make sure there is someone in the room who is more, in relative terms, a more minoritized community than you.

How do we make sure that we’re allies offline and online? How are we making sure we’re building community and sharing that legacy and our knowledge and our playbooks and our capital? So that more people from minoritized communities come together.

What’s been the most challenging thing about founding and running Glitch?

When you’re a Black founder CEO in a predominantly white charity sector and tech sector, things are just different. I’ve taken meetings where it’s supposed to be a prospective funding meeting about our work and before we can even give the pitch the first thing the prospective funder says is, “If Black lives really matter—”

Exactly. So he says, “If Black lives really matter, why are you all not getting the vaccine?” It feels like someone is putting you in an ice bucket or flushing your head down a toilet, comments like that, microaggressions too, are a jarring reminder that you don’t belong here. It’s like you’re finally at the table, and someone has banged your head against that very table as if to say “you’re stupid for thinking you can be here.”

I think those are moments that really bungee-cord pull you back to reality, That’s what’s really tough. Really, really, really, tough. And I think I got lost in negative thoughts this summer where I thought, “I don’t belong, I don’t know what I’m doing. This privilege of being CEO — how do I use it?” and overall just a massive loss of confidence. And everything. And I think that’s been really tough.

Back to trolls, what’s a topic regarding online abuse that you wish you saw people talk about more?

The topic of social media whistleblowers and how we should be less worried about making Facebook and Twitter look bad and more about holding them accountable. More specifically, what does this do in the way of changing the system? We shouldn’t have to keep relying on brave individuals who generally tend to be women and women of colour who really put themselves out on the line.

I don’t want this to be the trend where we get small bits of reform. We need to have the media holding companies to account, not looking to make Mark Zuckerberg the bad guy because then the narrative becomes ‘when he leaves everything will be sorted out’ and that is not the case.

Seyi, you have the longest resume I’ve ever seen in my life. What motivates you to keep going?

I’m not, I don’t think I want to “keep going” anymore. I grew my organization by 50% in terms of income and more in terms of staff and diversified our income streams before we hit the two-year mark — during a pandemic! I’m ready to rest, I’m ready to sleep more, I’m ready to do work that is still great with minimum viable effort. That’s the sweet spot I’m looking for.

You can keep up with Seyi and Glitch’s work right here and support their special Christmas fundraiser for a safe internet here.

Xavier Harding is a writer on the content team here at Mozilla. Formerly, Xavier was a journalist where he covered consumer tech and the tech industry. In the past, Xavier’s written for Popular Science, BuzzFeed, Lifehacker, Mic, Newsweek, Fortune and Vox. Most recently Xavier worked at The Markup, but not before earning a Webby Award in 2019 for his story on how one cinematographer properly lights the HBO show Insecure for black faces — a story watched by millions. Now, at Mozilla, Xavier assists on advocacy projects like the Newsbeat, Breaking Bias, and the Dialogues and Debates interview series, which focuses on tech topics like misinformation, contact-tracing and the role technology plays in addressing racial injustices.