By Michael Stegeman
Posted on February 18, 2020 in Featured Article

Today, we’re releasing version 0.11 of the WebThings Gateway. For those of you running a previous version of our Raspberry Pi build, you should have already received the update. You can check in your UI by navigating to Settings ➡ Add-ons.

The biggest change in this release is our ability to reach new WebThings Gateway users who are not native English speakers. Since the release of 0.10, our incredible community has contributed 24 new language translations via Pontoon, Mozilla’s localization platform, with even more in the works! If your native (or favorite) language is still not available, we would love to have you contribute a translation. 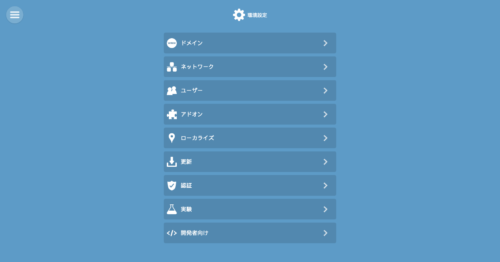 Users are also now able to install WebThings Gateway in even more ways. We have packages for several Debian, Ubuntu, and Fedora Linux versions available on our releases page. In addition, there is a package for Arch Linux available on the AUR. All of these packages complement our existing Raspberry Pi and Docker images.

In this release, we’ve made some changes to our two active experiments.

First, the logs experiment has been promoted! It is now a first-class citizen, enabled for all users. Logging allows you to track changes in property values for your devices over a time period, using interactive graphs. 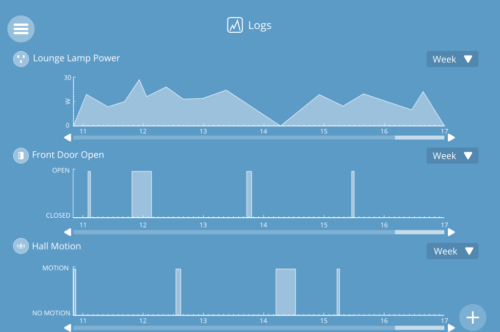 In other news, we’ve decided to say goodbye to our experimental voice-based virtual assistant. While this was a fun experiment, it was never a practical feature. In our 0.12 release, the back-end commands API, which was used by the virtual assistant, will also be removed, so applications using that interface will need to be updated. Our preferred approach going forward is to have add-ons use the Web Thing API for everything, including voice interactions. Fear not, though. In addition to our Mycroft skill, people in the WebThings community have created multiple add-ons to allow you to interface with your gateway via voice, which are available for installation through Settings ➡ Add-ons.

In addition to the notable changes above, there are a host of other updates.

We invite you to download the new WebThings Gateway 0.11 release and continue to build your own web things with the latest WebThings Framework libraries. If you already have WebThings Gateway installed on a Raspberry Pi, you can expect the Gateway to be automatically updated.

As always, we welcome your feedback on Discourse. Please submit issues and pull requests on GitHub. You can also now chat with us directly on Matrix, in #iot.

Michael is a software engineer at Mozilla working on WebThings.