The web-ext tool was created at Mozilla to help you build browser extensions faster and more easily. Although our first launch focused on support for desktop Firefox, followed by Firefox for Android, our vision was always to support cross-browser development once we shipped Firefox support.

With the 3.2.0 release, you can use web-ext to truly build cross-browser extensions! Here is an example of developing an extension in Google Chrome using the run command:

What’s even better is you can run your extension in both Firefox and Chrome at the same time:

As you’d expect, you can develop in any other Chromium-based browser such as Brave, Microsoft Edge, Opera or Vivaldi. Here’s an example of developing in Opera:

Firefox’s WebExtensions API has always strived for Chrome API compatibility but several improvements have resulted in subtle differences, like how WebExtensions APIs always return promises. Mozilla already offers the webextensions-polyfill library to normalize promises and other things across both browser platforms.

And now, we are excited to offer a robust development solution for cross-browser extensions! Once you give it a try, let us know if you run into issues or have ideas for improvement.

Here is an example of launching an extension in Firefox and Chrome then editing a CSS file in the extension source to show off the automatic reloading feature.

Chromium browser support isn’t the only nice new feature. Thanks to parse-json 5.0.0, the parsing errors on the extension manifest and locale files will now include a code frame. This will make it a lot easier to track down and fix mistakes. 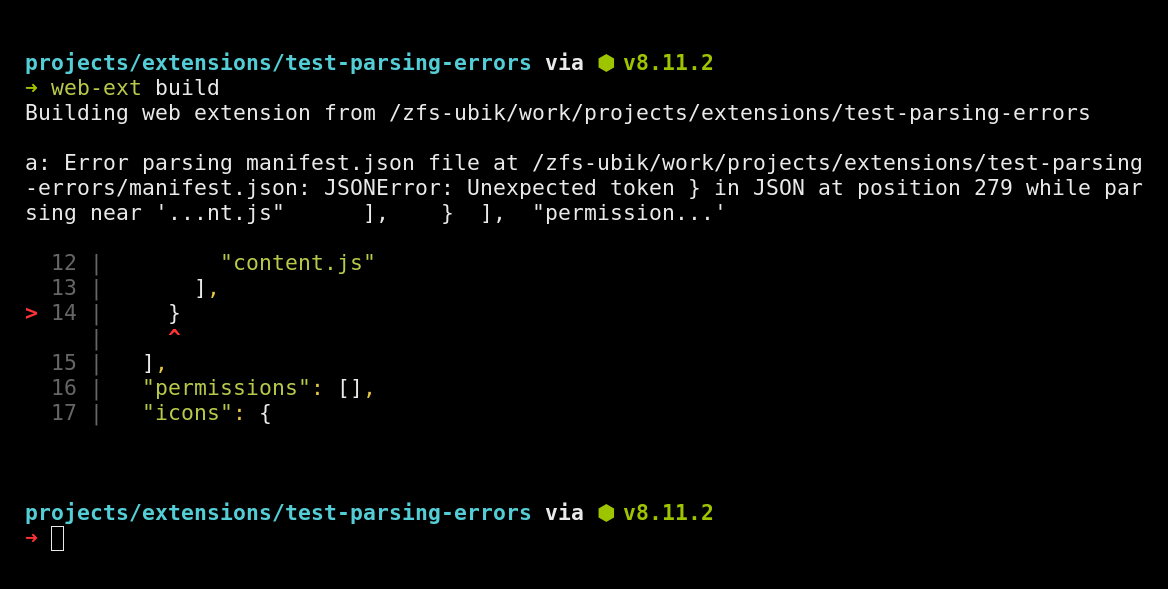 Kumar hacks on Mozilla web services and tools for various projects, such as those supporting Firefox Add-ons. He hacks on lots of random open source projects too.