By Ben Francis
Posted on July 25, 2019 in Featured Article

In April we announced that the Mozilla IoT team had been working on evolving WebThings Gateway into a full software distribution for consumer wireless routers.

Today, with the 0.9 release, we’re happy to announce the availability of the first experimental builds for our first target router hardware, the Turris Omnia. 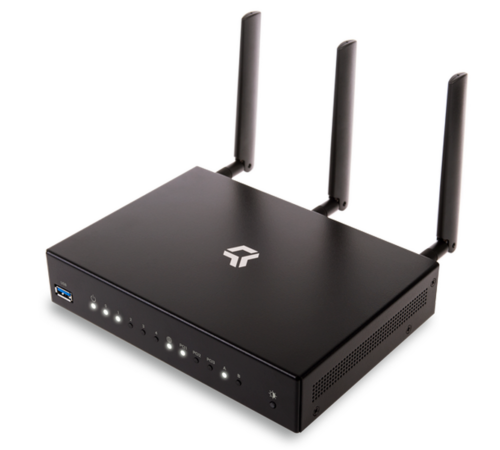 These builds are based on the open source OpenWrt operating system. They feature a new first-time setup experience which enables you to configure the gateway as a router and Wi-Fi access point itself, rather than connecting to an existing Wi-Fi network. 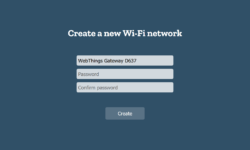 So far, these experimental builds only offer extremely basic router configuration and are not ready to replace your existing wireless router. This is just our first step along the path to creating a full software distribution for wireless routers. 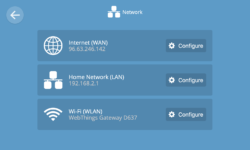 We’re planning to add support for other wireless routers and router developer boards in the near future. We want to ensure that the user community can access a range of affordable developer hardware. 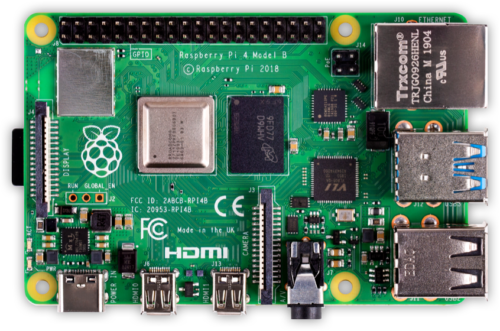 Another feature landing in the 0.9 release is a new type of add-on called notifier add-ons. 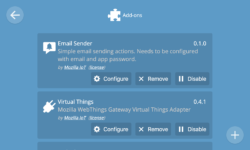 In previous versions of the gateway, the only way you could be notified of events was via browser push notifications. Unfortunately, this is not supported by all browsers, nor is it always the most convenient notification mechanism for users.

A workaround was available by creating add-ons with basic “send notification” actions to implement different types of notifications. However, these required the user to add “things” to their gateway which didn’t represent actual devices and actions had to be hard-coded in the add-on’s configuration.

To remedy this, we have introduced notifier add-ons. Essentially, a notifier creates a set of “outlets”, each of which can be used as an output for a rule. For example, you can now set up a rule to send you an SMS or an email when motion is detected in your home. Notifiers can be configured with a title, a message and a priority level. This allows users to be reached where and how they want, with a message and priority that makes sense to them. 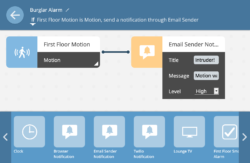 One small difference to be aware of is that “name” is now called “title”. There are also some experimental new base, security and securityDefinitions properties of the Thing Descriptions exposed by the gateway, which are still under active discussion at the W3C.

Give it a try!

We invite you to download the new WebThings Gateway 0.9 and continue to build your own web things with the latest WebThings Framework libraries. If you already have WebThings Gateway installed on a Raspberry Pi, it should update itself automatically.

As always, we welcome your feedback on Discourse. Please submit issues and pull requests on GitHub.