Project Dark Theme Darkening was part of Michigan State University’s Computer Science capstone experience. Twenty-four groups of five students were each assigned an industry sponsor based on preference and skill set. We had the privilege of working with Mozilla on Firefox Quantum’s Theming API. Our project increases a user’s ability to customize the appearance of the Firefox browser. 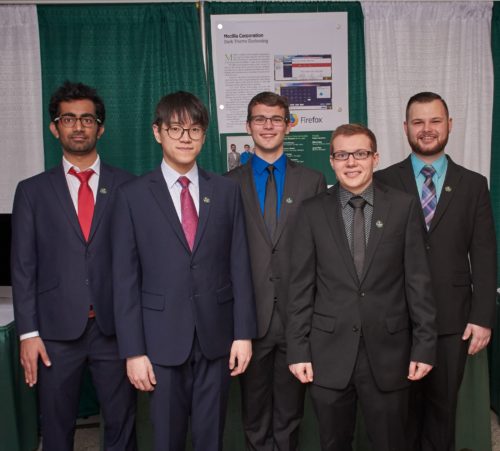 Our goal was to expand upon the existing “lightweight” Theming API in Quantum to allow for more areas of customization. Themes had the ability to alter the appearance of the default toolbars, but did not have the ability to style menus, or customize auto-complete popups. Our team also worked on adding a more fluid transition when dynamic themes changed to allow for a smoother user experience.

This video showcases a majority of the improvements we added to the Theming API and gives a good explanation of what our project was about. Enjoy — and then read on for the rest of the details:

Prior to this project, none of us had experience with Firefox development. After downloading the mozilla-central repository and exploring through the 40+ million lines of source, it was a bit daunting for all of us. Our mentors: Jared, Mike, Tim, and the Mozilla community on IRC all helped us through squashing our first bug.

Through the project, we learned to ask questions sooner rather than later. Being programmers, we were stubborn and wanted to figure out our issues ourselves but could have solved them a lot faster if we just simply asked in the Mozilla IRC. Everyone on there is extremely helpful and friendly!

All code written was in JavaScript and CSS. It was neat to see that the UI of Firefox is made in much the same way as other web pages. We got a great introduction to Mercurial by the end of the project and used some sweet tools to help our development process such as searchfox.org for indexed searching of mozilla-central, and janitor for web-based development.

We did this by calculating the luminance and comparing it to a threshold. The lwthemetextcolor attribute is set to either dark or bright based on this luminance threshold:

We added many new theme properties that developers like you can use to customize more of the browser. These properties include:

Above shows an example of some of the added properties being set in a theme manifest file and what it looks like in the browser below: 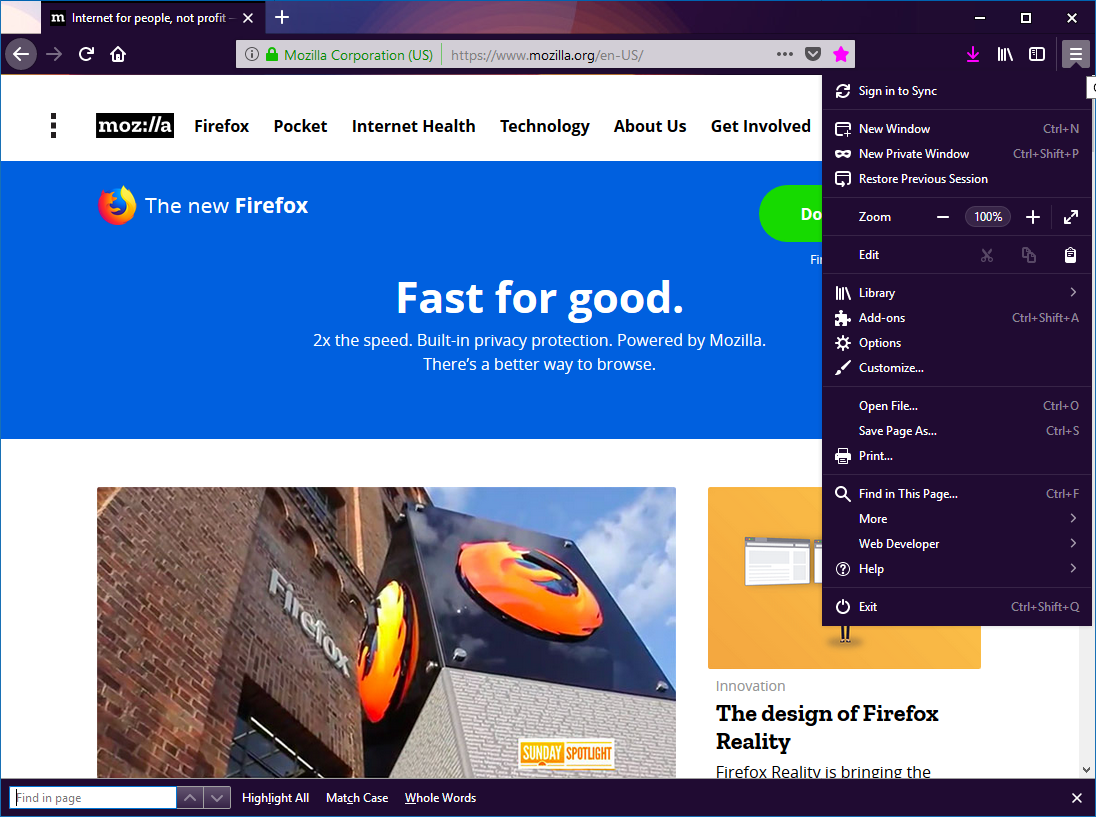 Our team learned a lot about web browser development over the semester of our project, and we had the opportunity to write and ship real production-level code. All of the code we wrote shipped with the recent releases of Firefox Quantum 60 and 61 and will impact millions of users, which is an awesome feeling. We want to thank everyone at Mozilla and the Mozilla community for giving us this opportunity and mentoring us through the process. We are looking forward to seeing what developers and Firefox enthusiasts create using the improved Theming API!