One of the first pieces of Project Quantum, the Compositor Process, has arrived on Windows. Compositors are responsible for flattening all of the various elements on a webpage into a single image to be drawn on the screen. Firefox can now run its compositor in a completely separate process from the main Firefox program, which means that Firefox will keep running even if the compositor crashes—it can simply restart it.

For more details on how this aspect of Project Quantum reduces crash rates for Firefox users, check out Anthony Hughes’ blog post.

The “compact” themes that debuted with Firefox Developer Edition are now a standard feature of Firefox. Users can find light and dark variants of this space-saving, square-tabbed theme listed under the “Themes” menu in Customize mode.

WebExtensions are browser add-ons that are designed to work safely and efficiently in Firefox, Chrome, Opera, and Edge, while also supporting powerful features unique to Firefox.

Firefox 53 supports positioned CSS Masks, which allow authors to partially or fully hide visual elements within a webpage. Masks work by overlaying images or other graphics (like linear gradients) that define which regions of an element should be visible, translucent, or transparent.

Many masking properties function similarly to the equivalent background-* properties. For example, mask-repeat works just like background-repeat. To learn more about the available properties, see the documentation on MDN.

The specification also defines methods for clipping based on shapes and vector paths. Firefox 53 has partial support for clipping, and complete support is expected in Firefox 54.

Lastly, Firefox also supports the new display: flow-root value, which achieves similar results to clearfix, but using a standard CSS value instead of pseudo-elements or other hacks.

Alongside many other UI refinements in Firefox 53, the default <video> and <audio> controls got a new, modern look: 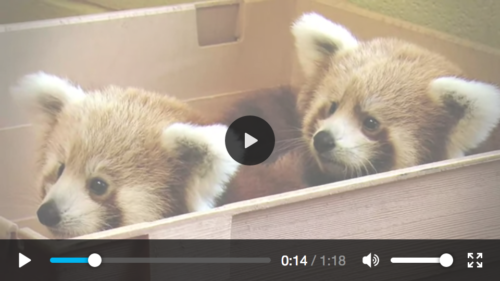 Additionally, Firefox 53 includes brand new anti-annoyance technology: By default, HTML5 media will not autoplay until its tab is first activated. Try it by right-clicking on this link and choosing “Open in New Tab.” Notice that the video doesn’t start until you change to that tab.

Windows users can now select between 32-bit and 64-bit Firefox during installation: 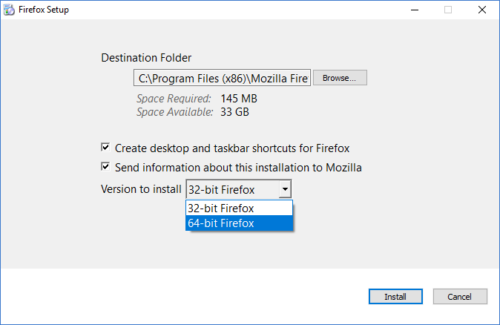 We’ve also removed support for 32-bit Firefox on macOS, and for processors older than Pentium 4 and Opteron on Linux.

To find out more about Firefox 53, check out the general Release Notes as well as Firefox 53 for Developers on MDN.