Firefox 42 has arrived! In this release, we put a lot of effort into the quality and polish of the Developer Edition browser. Although many of the bugs resolved this release don’t feature in the Release Notes, these small fixes make the tools faster and more stable. But there’s still a lot to report, including a major change to how Firefox works.

Now, with remote website debugging, you can debug Firefox for Android devices over wifi – no USB cable or ADB needed.

Multiprocess is enabled by default

Multiprocess Firefox (aka E10s) has been enabled by default in Developer Edition. When it’s enabled, Firefox renders and executes web-related content in a single background content process. If you experience any issues with addons after updating to Developer Edition 42, try disabling incompatible addons or reverting to a single process mode using about:preferences.

The Developer Edition theme has a new look in Windows 10 to match the OS styling. Take a look: 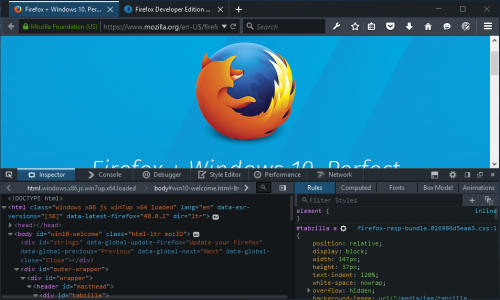 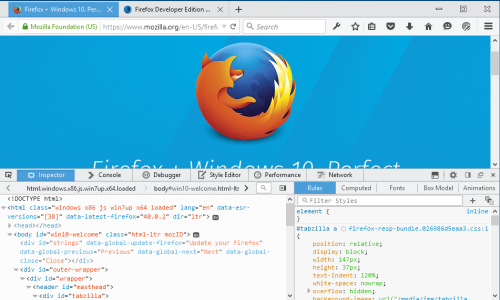 If you’re developing with ReactJS, you may have noticed that the React project recently released a beta for their developer tools extension, including initial support for Firefox. While there are no official builds yet of the Firefox version, the source is available on github.

Thanks to everyone who contributed time and energy to help the DevTools team in this release of Firefox Developer Edition 42! Each release takes a lot of effort from people writing patches, testing, documenting, reporting bugs, sending feedback, discussing features, etc. You can help set our priorities by sharing constructive feedback and letting us know what you’d like from Firefox Developer Tools.

You can download Firefox Developer Edition now, for free.