Matchstick Brings Firefox OS to Your HDTV: Be the First to get a Developer Stick

The first HDMI streaming stick powered by Firefox OS has arrived. It’s called Matchstick and we’re looking for your help to create apps for this new device. 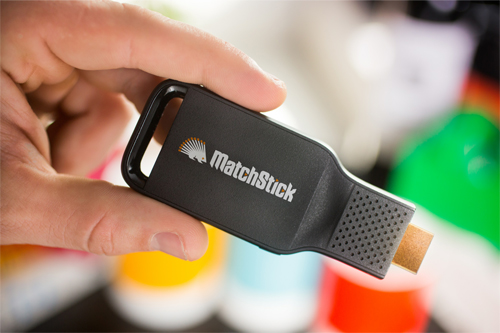 Matchstick stems from a group of coders that spent way too much time mired in the guts of platforms such as Boot to Gecko, XBMC, and Boxee. When Google introduced Chromecast we were excited about the possibilities but ultimately were disappointed when they pulled back on the device’s ultimate promise – any content on any HD screen, anywhere, anytime.

We decided to make something better and more open, and to accomplish this we had to choose an operating system that would become the bedrock for the adaptable and open-sourced platform that is Matchstick. That platform is Firefox OS, which allows us to build the first streaming stick free of any walled garden ecosystem.

Matchstick and Firefox OS combined offers a totally open platform (both software and hardware), that lets developers explore content and applications from video to games, and bring it right into the living room. That’s right Developers! An open SDK means you can build out your own personalized streaming and interactive experiences without the need for approval or review.

We have opened up a full developer site with access to everything you need to begin working with Matchstick. Support for Firefox OS will be available at launch, and we look forward to adding TV applications to the Firefox OS Marketplace. For now, we have included a full API library, of sender apps with support for Android and iOS, as well as receiver apps that are compatible with the Matchstick Receiver.

When we say Apps for Matchsticks, we mean both sender and receiver apps. You can use the sender APIs to enable your Firefox OS, Android or iOS device to discover a Matchstick device, then communicate with your receiver app. It’s not difficult to embed sender APIs into existing apps or create new sender apps, please refer to the sample code we have included with the SDK.

The receiver app is a combination of HTML5, CSS and Javascript, loaded into a “receiver container” which is a certified app of Firefox OS. To use the Matchstick receiver APIs, you need only include fling_receiver.js in your app.

Here is an example of a simple video receiver app:

Rather than relying on emulators, we want to be sure developers can get their hands on Matchstick prototypes and start coding without delay. As a result, we are inviting app developers who will commit to building and porting apps for Firefox OS on Matchstick to apply for a free developer-preview device through our Matchsticks for Apps program.

Similar to the phones-for-apps program launched by Mozilla, our Matchsticks for Apps program is aimed at developers who have built apps for Firefox OS, Chrome, Android, iOS …. Even for Chromecast! Let’s bring those visions to the big screen. 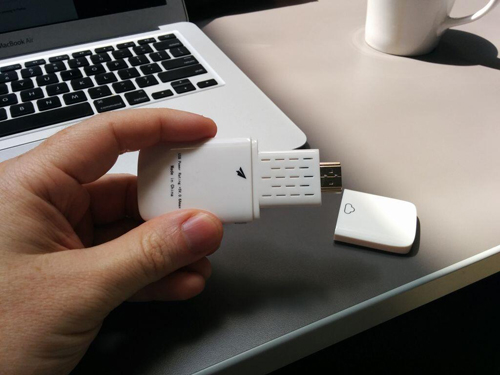 We are now looking for good ideas, video content, new channels, as well as games, tools, utilities, pictures, even skins for the UI. If you have a plan to build apps or do something for Matchstick, please share your plan and we’ll send you a stick so you can start coding ASAP.

On Tuesday, November 18th, we plan to host an invitation-only Firefox OS App Workshop for Matchstick in the Mozilla office in San Francisco. The enrollment form is open and we are accepting applications from qualified developers.

If you don’t live near San Francisco, don’t worry! We plan to offer several other app workshops in the near future and we’ll announce them here, of course!

Shawn Bow graduated from the Beijing University of Communication. He has been working on Embedded Systems software development for ten years, and worked for several technology companies including Motorola and Marvell. He began Android development in 2007 where he worked on China Open Mobile System development for three years, and then Android tablet and TV products for four years. In 2014, he joined the Matchstick team. He can be contacted at shawn.bow@matchstick.tv