Just in time for the holidays, the Firefox Developer Tools teams has some excellent new surprises for you to enjoy as you hack on holiday projects! It’s a pretty long list, so let’s get started.

The App Manager continues to be a priority for the Devtools team and with Firefox 28, in addition to many minor fixes and improvements the team has added two new major features to assist in mobile development. These two features consist of an additional manifest editor and an embedded toolbox.

The Manifest Editor allows a developer to edit their app manifest directly. Using this editor you can add, edit, or delete fields in your app’s manifest.webapp and save them back to disk. This feature provides the developer an integrated experience, as the user never has to leave the tools while debugging and improving an application. 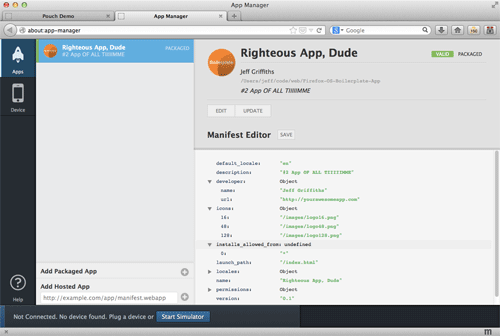 Also new to the App Manager is the embedded toolbox. Now when you debug your app (either using the Simulator or on device) the toolbox will be opened in the App Manager in a separate vertical ‘tab’ that is easily distinguished by the app’s icon: 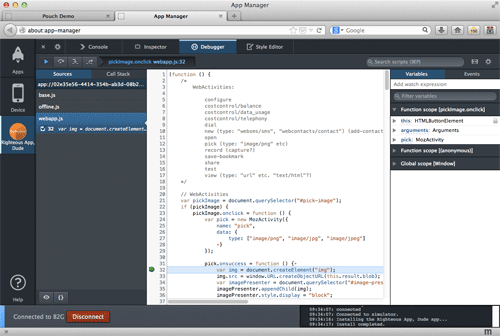 The biggest change in the Web Console is a feature we call ‘split console’; the web console can now be summoned from any other tool. Using split console mode is easy – if you’re working with any other tool and need access to the console, simply hit the Escape key or click on the button to toggle the split console, as you can see in this short screencast:

This isn’t the only improvement to the console though. In addition to split console we’ve also made the following changes:

In the debugger we’ve added two key features that developers have been asking for. First off we’ve added the ability to pretty-print minified JS files: 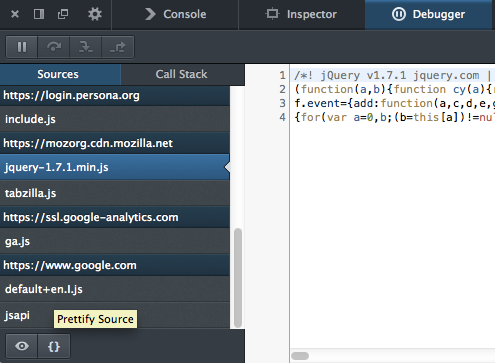 This feature is particularly handy if you minify your JavaScript or need to step through a minified library served from a remote site – just click on the minification button (picture above) to get a much more nicely formatted version of the file.

In addition to this we’ve added a feature to the debugger that allows you to inspect the value of a variable while debugging. For any variable, simply hover over it or click on it to bring up a pop-up that displays the current value: 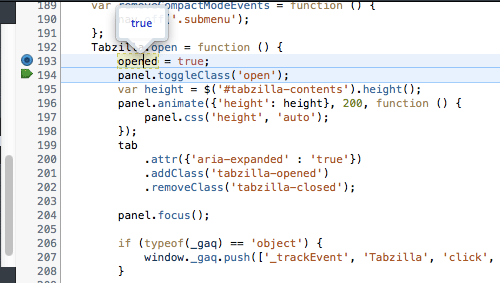 The pop-up allows you to inspect not only simple types like the boolean picture above, but also objects and DOM nodes: 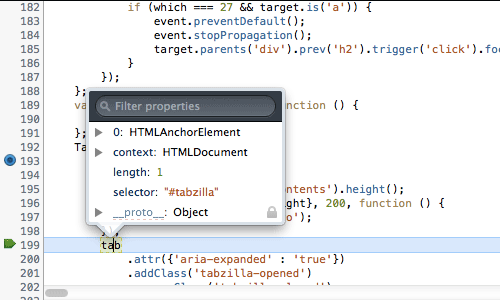 Following along from the addition of various tooltips to the Inspector in Firefox 27, we’ve added some additional features in the inspector:

Here’s a screenshot to give you an idea what the color-picker tooltip looks like: 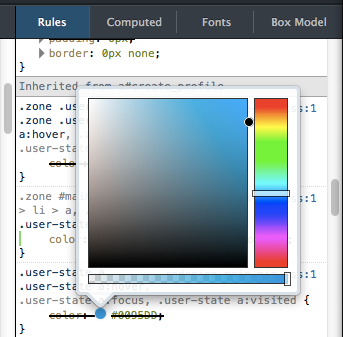 That’s a huge list, but there were a couple of additional changes I’d like to call out as well: 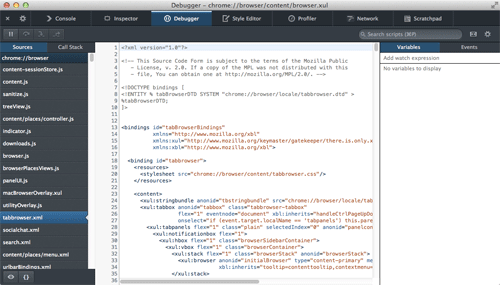