By Robert Nyman [Editor emeritus]
Posted on October 28, 2013 in Apps

Here in the Hacks blog we’ve written a lot about building apps for Firefox OS using HTML, JS, and CSS. We’re working to ensure that those same apps can also run on Android, Windows, Mac OS X, and Linux devices. If your app can adapt to those screen sizes, CPU’s, and device capabilities, then we’ve got a plan to ensure that your apps install, launch, quit, and uninstall as native apps on each of those platforms.

I’ve created a short video that shows how Open Web Apps from Firefox OS will work on any platform where Gecko is available. 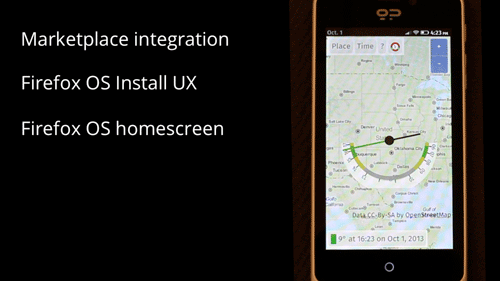 Firefox OS is our benchmark platform for Open Web Apps. On Firefox OS, users can discover apps in the Firefox Marketplace and install them directly onto the phone’s home screen. As an example I’m using my app Shotclock, an open web app for computing sun angles for outdoor photographers. Let’s find out what happens when we install this app on other platforms. 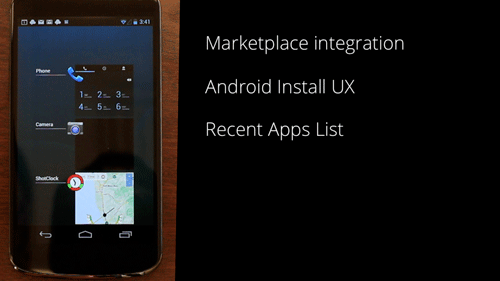 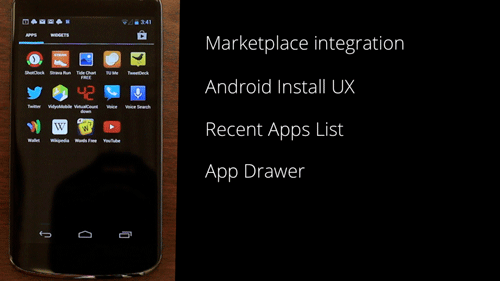 Because we installed it from an android APK, we can manage it from the recent app list and we find it in the app drawer like every other app. 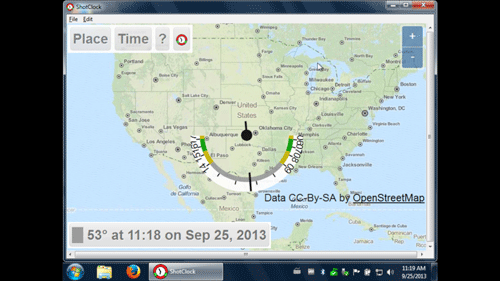 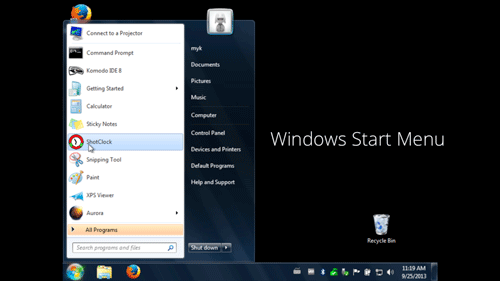 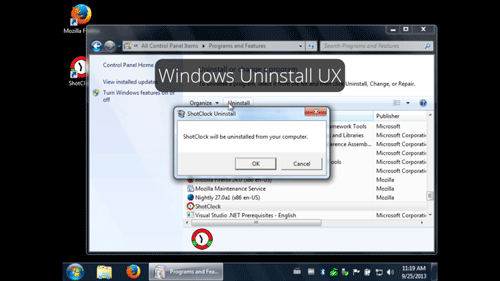 Here’s Shotclock running on Windows, just like a real app. Our repackaging will mean that users can launch their open web apps from the Windows Start menu and quit them from the File menu. Users will also uninstall them from the Programs control panel. 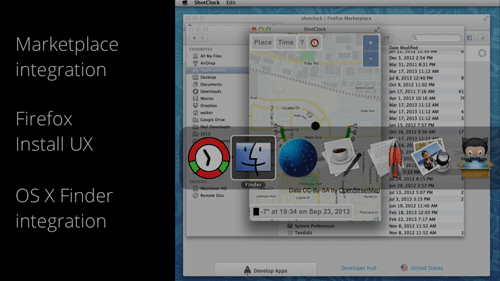 From there, it launches and runs just like a real app. The native packaging means users can switch between open web apps by pressing Control-Tab, and quit them from the File menu. How much code did the app developer rewrite? Zero.

So far we’ve looked at unprivileged Apps. We will also support privileged apps on all these platforms. Here is Kitchen Sink, our app for testing the Firefox OS privileged APIs. What happens when we install it on Android? 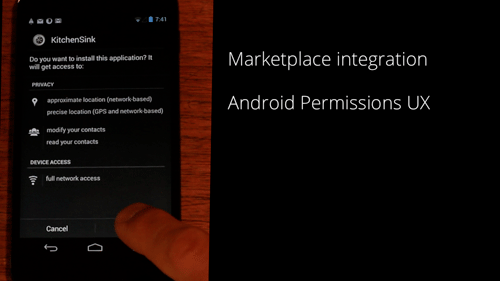 The experience of discovering and installing privileged apps will follow the Android convention of presenting a list of permissions to the user at install time. These permissions are copied from the open web app manifest. After the user completes the installation process, the App is ready to use, and is able to access the phone hardware.

The email application that comes with Firefox OS is basically a privileged App that uses the Socket API for networking. Marco Castelluccio, our open web apps intern, got it running on it on his Linux laptop. 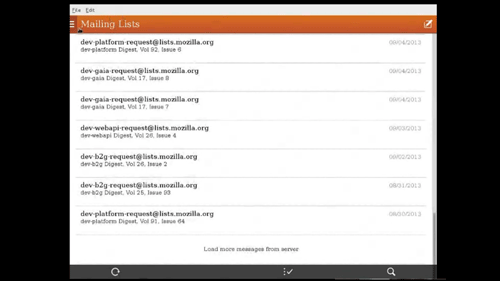 He copied over the app package from Gaia and made one tweak to the app manifest. So, if you like the apps that come with your firefox os phone and want to run them on your other devices, cross-platform open web apps can make that happen.

Desktop — You can install hosted, unprivileged apps on your desktops and laptops using Firefox 16 or newer. Privileged app support should land in Firefox Nightly in the next two months.