Firefox 24 for Android gets WebRTC support by default

By Robert Nyman [Editor emeritus]
Posted on September 17, 2013 in Featured Article and WebRTC

WebRTC is now on Firefox for Android as well as Firefox Desktop! Firefox 24 for Android now supports mozGetUserMedia, mozRTCPeerConnection, and DataChannels by default. mozGetUserMedia has been in desktop releases since Firefox 20, and mozPeerConnection and DataChannels since Firefox 22, and we’re excited that Android is now joining Desktop releases in supporting these cool new features!

What you can do

With WebRTC enabled, developers can: 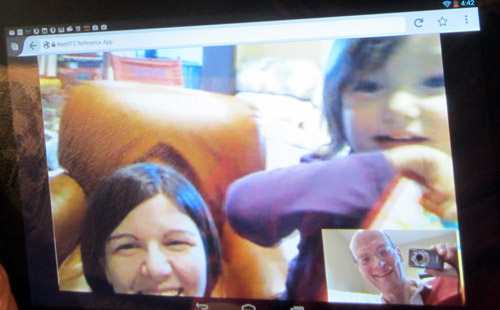 We’re eager to see the ideas developers come up with!

For early adopters and feedback

Our support is still largely intended for developers and for early adopters at this stage to give us feedback. The working group specs are not complete, and we still have more features to implement and quality improvements to make. We are also primarily focused now on making 1:1 (person-to-person) calling solid — in contrast to multi-person calling, which we’ll focus on later. We welcome your testing and experimentation. Please give us feedback, file bug reports and start building new applications based on these new abilities.

If you’re not sure where to start, please start by reading some of the WebRTC articles on Hacks that have already been published. In particular, please check out WebRTC and the Early API, The Making of Face to GIF, and PeerSquared as well as An AR Game (which won our getUserMedia Dev Derby) and WebRTC Experiments & Demos. 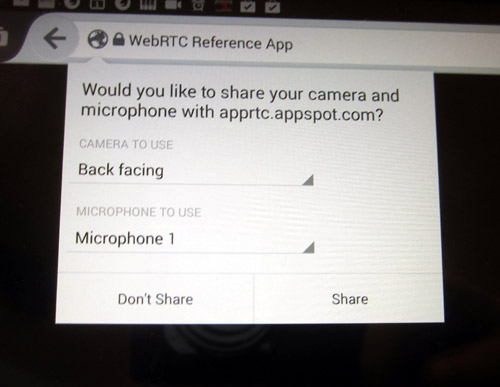 An example of simple video frame capture (which will capture new images at approximately 15fps):

Any code that runs on Desktop should run on Android. (Ah, the beauty of HTML5!) However, you may want to optimize for Android knowing that it could now be used on a smaller screen device and even rotated.

This is still a hard-hat area, especially for mobile. We’ve tested our Android support of 1:1 calling with a number of major WebRTC sites, including talky.io, apprtc.appspot.com, and codeshare.io. 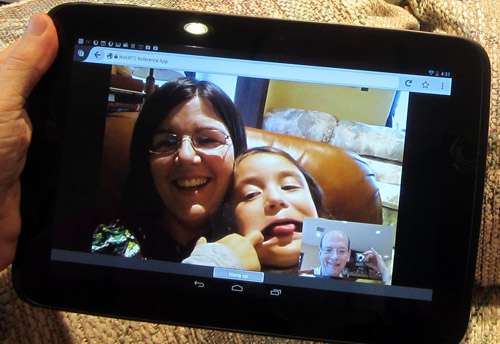 Please help us bring real-time communications to the web: build your apps, give us your feedback, report bugs, and help us test and develop. With your help, your ideas, and your enthusiasm, we will rock the web to a whole new level.