By Jason Weathersby
Posted on August 29, 2013 in Firefox OS

ZTE recently announced release of the ZTE Open Firefox OS phone, a device aimed at developers and early adopters. In this post we cover the basic details of connecting and configuring your desktop environment to push Apps to the ZTE Open from the Firefox OS Simulator.

Setting Up the ZTE Open

Before pushing or debugging an App on the ZTE Open you must first enable remote debugging on the phone. This can be done by selecting Device information->More Information->Developer->Remote debugging within the Settings Application. 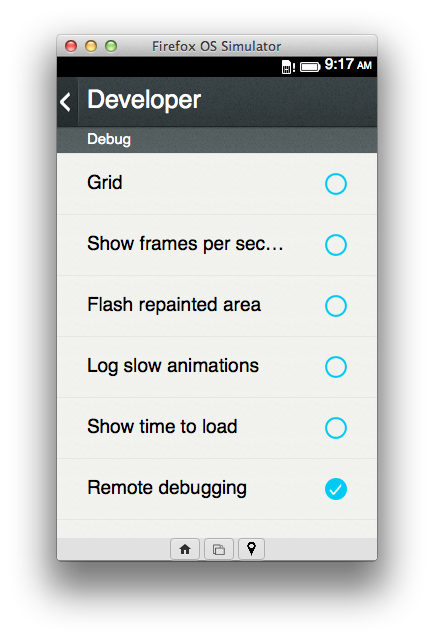 To connect the Simulator to the ZTE Open on Windows platforms requires a specific USB driver. ZTE has made available a self-contained executable that will install the proper driver. This executable can be found on the ZTE site.
OPEN(American Standard – phones purchased from e-Bay US store)
OPEN(European Standard – phones purchased from e-Bay UK store)
Choose the proper link and select downloads. The driver will be labeled DRV_PKG_ZTE_VERSION.
To install these drivers, first download and extract the Zip file to a known location on your Windows system. Next connect the phone to your machine using the provided USB cable. Run the “ZTE_Handset_USB_Driver.exe” executable within the extracted zip file.

Step through the setup wizard to install the driver. 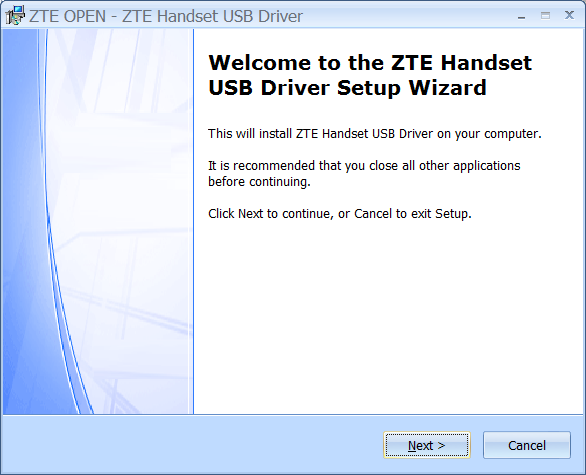 Once you have installed the driver, you should be able to push an App to the device. You can verify that driver is installed by checking the device manager. The ZTE phone will be listed under Android Phone as ZTE Kernel Debug Interface. 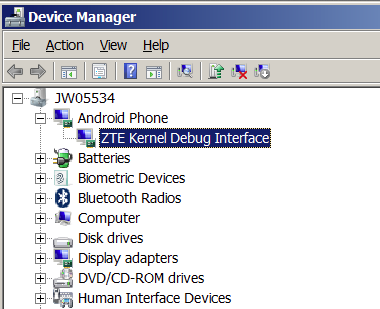 Launch the Firefox OS Simulator and the Dashboard should now contain a Push button and a Device connected message. 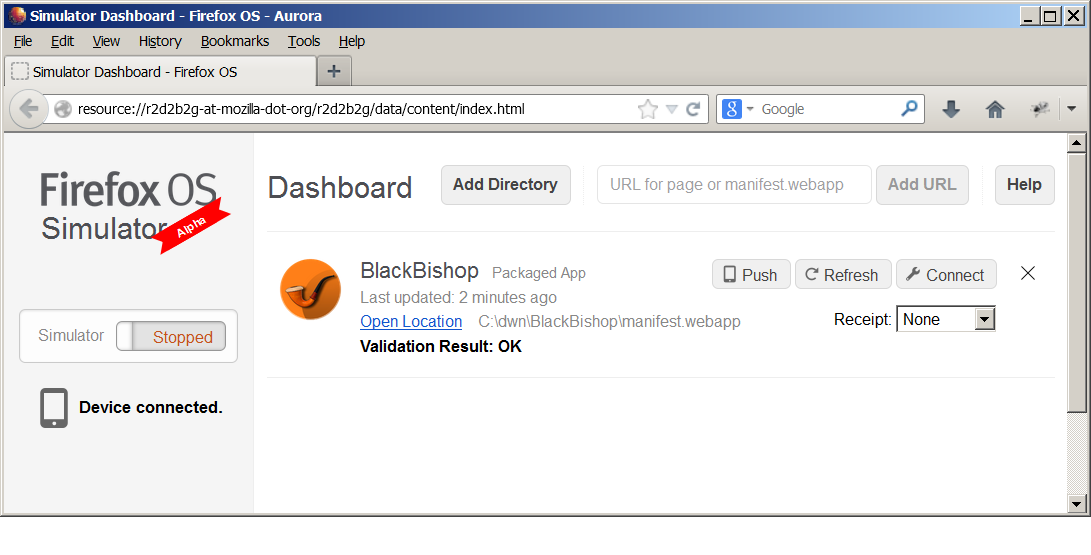 You should now be able to add your Firefox OS App to the Simulator and then Push it to the phone.

If you are developing on a Linux platform, you need to add a udev rule to allow a connection to be made to the ZTE Open. Complete steps 3.a and 3.b listed under “Setting up a Device for Development” within the Android documentation. The ZTE Open uses “19d2” as the idVendor attribute. The rule should look similar to the following:

After making the above changes, either reboot the system or restart the udev service:

If the push to device button does not show up in the Simulator Dashboard please see this bug.

If you are running the Simulator on a Mac, no additional configuration is required to enable push to device.

For general information on using the Simulator to push and debug an App, make sure to take a look at the “Firefox OS Simulator” documentation.