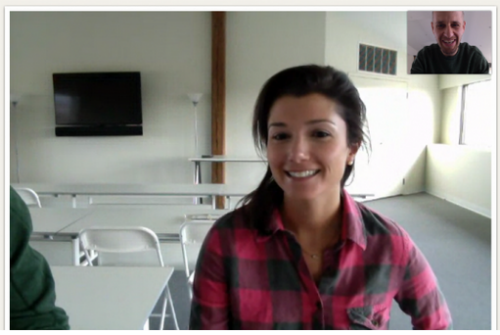 Most of you remember the Hello Chrome, it’s Firefox calling! blog post right here in Mozilla Hacks demonstrating WebRTC video chat between Firefox and Chrome. It raised a lot of attention. Since then we here at Fresh Tilled Soil have seen a tremendous amount of startups and companies which have sprung up building products based WebRTC video chat technology. Tsashi Levent-Levi who is a WebRTC evangelist has been interviewing most of these companies on his blog, the list is quite impressive!

Much like most of early adopters we have been playing around with WebRTC for quite awhile now. We have of course created our own WebRTC video chat demo and have also very recently released WebRTC video chat widgets.

The widgets work very simply, anybody can take the following HTML embed code:

From here it’s dead simple to start a WebRTC video chat, just make up a name for a room, type it in and click start chat. Tell the other person to do the same and you’re all set.

Something else to note is that for this first version our video chat is limited to just two participants per a room. If a room name is occupied by two people the third person who tries to connect to this room simply won’t be able to connect. 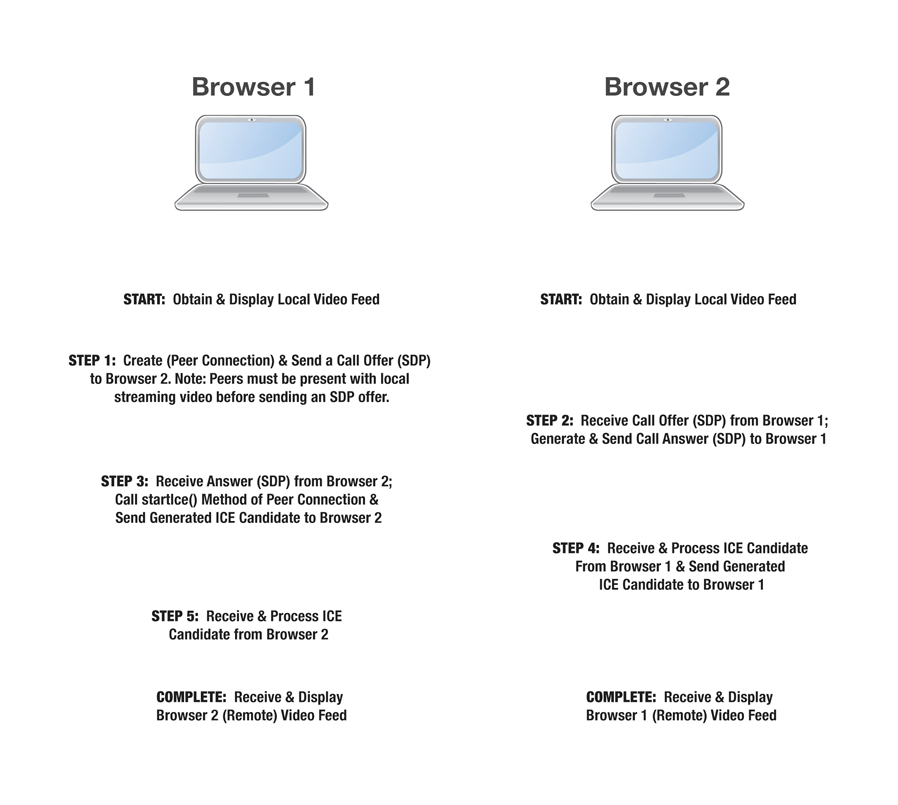 A quick note about this step: “Once remote media starts streaming stop adding ICE candidates” – this is a temporary solution which might result in suboptimal media routing for many network topologies. It should only be used until Chrome’s ICE support is fixed.

A quick and very important tip to remember when you are trying to get this to work. We used a ‘polyfill’ like technique as shown in this article by Remy Sharp. As Remy describes we wrote a piece of code to adapt for the Firefox syntax to get cross-browser functionality.

Issues We Ran Into and How We Solved Them

As you might expect we ran into a number of problems and issues trying to build this. WebRTC is evolving quickly so we are working through a number of issues every day. Below are just some of the problems we ran into and how we solved them.

While working with the new PeerConnection capability in Chrome we discovered a strict order of operation for it to work; more specifically:

Added latency due to lag

When streaming to a mobile device there is added latency due to lag and limitations of surfing the net via mobile phone.

We solved this by making the resolution of streamed video reduced via a hash tag at the end of the URL. URL can optionally contain '#res=low' for low resolution stream video & '#res=hd' for HiDefinition streaming video as an optional URL parameter. A quick note here that other configurable properties are now available such as frames per second which you can use for this same purpose.

We’ve been dabbling with recording video WebRTC demo. When recording video we used the new JavaScript type arrays to save the streaming data. We quickly discovered that it is only possible to record the video and audio separately.

We solved this by creating two instances of recording, one for the audio and one for the video, that utilized the new javascript data types and recorded both streams simultaneously.

It’s exciting to dabble in this stuff, we love WebRTC so much that we created an entire page dedicated to our experiments with this technology and others which we believe will transform the web in 2013. If you have any question please give us a shout.

Senior Front-End Developer & Strategist at Fresh Tilled Soil. Paul is an inventor. He's been tinkering with electronics and technology since he can remember. He started designing and programming at age 12 when he began creating his own computer games, and over the years he's led teams through strategy, concept, and execution phases in positions ranging from UI designer to lead engineer. He currently follows the rapidly evolving industry of mobile closely and firmly believes it is the future.