Story of a Knight: the making of

By Marco Sors
Posted on January 16, 2013 in Dev Derby and JavaScript

The travel of a medieval knight through fullscreen DOM. The ‘making of’ the demo that has won the November Dev Derby. 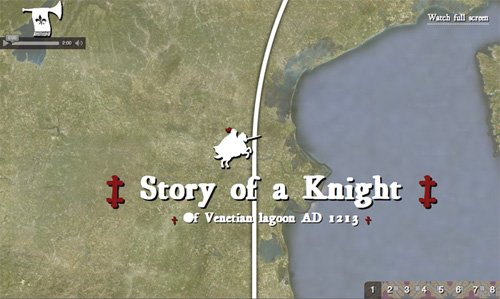 Markup and style are organized in this way:

The external wrapper and control boxes 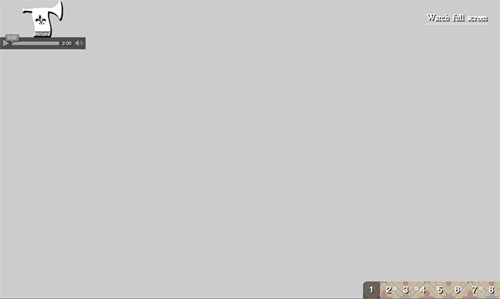 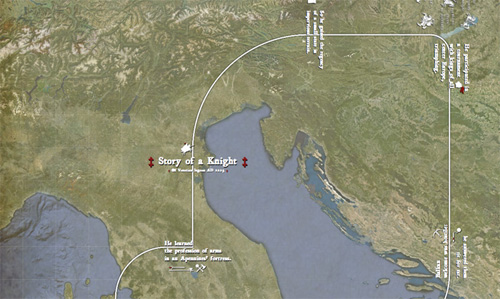 Then we can call the scrollpath.js plugin, the demo.js where we give the instructions to draw the canvas path and initiate it, the easing.js to have a smooth movement (also include the scrollpath.css in the head of the document).

Let’s see the relevant parts of the demo.js file:

To cap it all, the fullscreen. Include the jQuery-FullScreen plugin, then verify with a script if the browser supports the functionality: in case yes, it will append the switcher on the top right corner; then initialize it on the external wrapper to push everything fullscreen.

The hardest part was to figure out which size/zoom level give to the Google Maps iframe and then where to position it in relation to the div with the canvas.
The other thing that has reserved some problems was the loading time: I had initially placed the video of a medieval battle in slow-motion along the path, but then I removed it because the page was loaded too slowly

As you have seen everything is very simple, the good result depends only on the right mix of technology, storytelling and aesthetics. I think that the front-end is entering in a golden age, a period rich of expressive opportunities: languages and browsers are evolving rapidly, so there’s the chance to experiment mixing different techniques and obtain creative results.

Marco Sors is a freelance frontend developer interested in semantics, aesthetics and information design. After studying communication he has done various things web-related: wireframing, copywriting, functional specifications writing, web applications testing, frontend development. He currently works for young companies based in H-Farm, a start-up accelerator located in the beautiful Sile Valley near Venice, but also maintains relationships with other web-agencies of northern Italy. He likes to experiment new technologies and mix them to generate creative visualizations.