Testing the Firefox browser on mobile websites: Are you game?

By Havi Hoffman
Posted on May 21, 2012 in Firefox and Mobile

Friends and hackers, we have a challenge

Are you a developer who’s passionate about Mozilla’s mission on the open Web? We need your help: We’re looking for someone to build a game to help keep the Web open as it goes mobile. There’s a Firefox mobile website testing app which we think would make a nice little HTML5 game — with scoring, achievement, levels, leaderboards — and we think you have the chops to make it fun. We’ve had some success making a game of the activity within our team, but we think you could do it better.

Here’s some context. We need lots of people looking at lots of frequently visited websites to see if they look good and work well on mobile. And if they don’t, we need to figure out how to make them better: by finding the bugs and fixing our browser or by working with the developer who built the site to make it work on the open Web. Testing Fennec matters for the future of the open Web:

Fennec, Mozilla’s mobile browser, just landed in Google Play (you may remember it as the Android Marketplace). Firefox Beta for Android is better than ever! You can download it now, use it on your Android phone or tablet and share your feedback. If you get hooked on testing, you’ll want to create a bugzilla account (if you don’t have one) and start filing bugs. By

If you’d like to do a little more directed testing, check out Aaron Train’s most excellent testing app, which sends you to some of the world’s leading websites to share your feedback. This is the app we’d like to gamify, to motivate more people in the Mozilla community to help us keep improving the Firefox mobile web experience for everyone.

What matters is mobile

It’s an interesting exercise to start viewing and interacting with the world’s most frequently used websites in a mobile browser. Any mobile browser. You realize the mobile Web has a ways to go. But there’s more to it than that. David Slater, who leads Product Marketing at Mozilla put it so well that I’m just going to share a note that he sent out internally earlier this week:

The mobile Web is under threat. For 8 years Mozilla has fought to make the Web open on desktop – and won. On mobile, it’s different – the battle is underway. In order to win, we will have to make the Web on mobile devices as compelling for developers and users as native mobile apps are today. Marketplace is about doing that. Boot-to-Gecko, ultimately, is about doing that. But first, we have to break open the mobile web and expose the issues.

Today, Apple and Google – and therefore browsers based on Webkit – are dominating the mobile Web, and as a result developers are coding for a single rendering engine. Like we did with desktop, we have to ensure developers have access to truly open standards. And that means that we need to do whatever it takes to establish Gecko‘s presence on mobile – and specifically, on the Android platform which is widely forecast to grow more than any other in the next 5 years.

There are many ways you can join us in this battle, but if you’ve been wanting to test your skills by building a Web game, there’s never been a better time to try, and never for a better cause. And if you need a little help, there are many places you can ask, like our IRC channel, #devrel, the engagement-developers mailing list, or simply @mozhacks on Twitter. And, of course, if you do, we’ll make you MDN-famous, and treat you like a hero. Thank you. 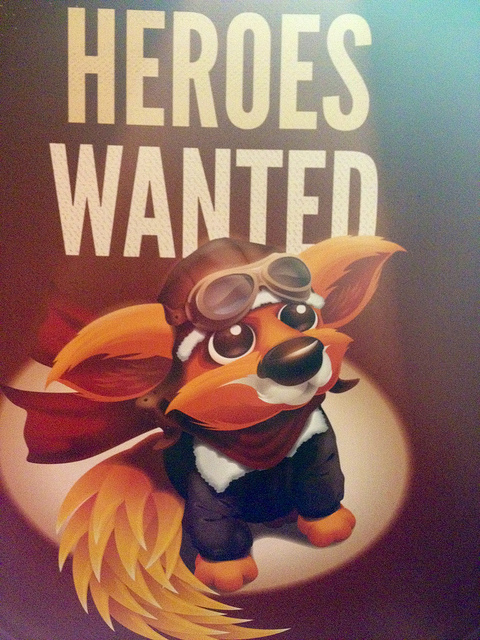