One day after the conference part of Mozilla Vision 2012 volunteers, Mozilla staff and friends organised a “hackday” event in a burger cafe (of all places) in Tokyo. The twist: instead of catering to developer hackers the audience was web makers – and in this case those of the future: 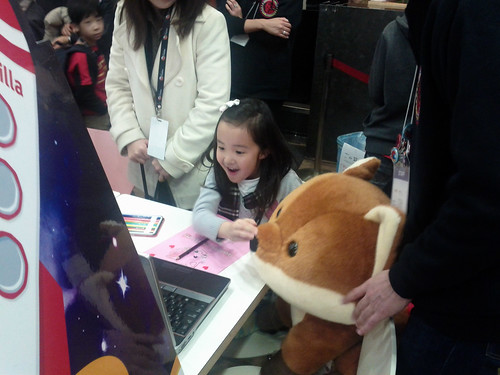 Yes, we mostly had kids getting excited about what can be done with the web and its technologies and for this veteran of many a hack day this was an amazing experience.

The whole day was run as a series of “Popups” as defined by the Hive learning network, NYC. As explained in Mark Surman’s blog post the activities provided were:

All of which were a big success with the kids. I especially liked the idea of Para Para, which is why I quickly interviewed Brian Birtles of Mozilla Japan about it:

All in all the second day of the event was a surprise and it showed me that there is a lot of great things to come in the next generation of web makers. 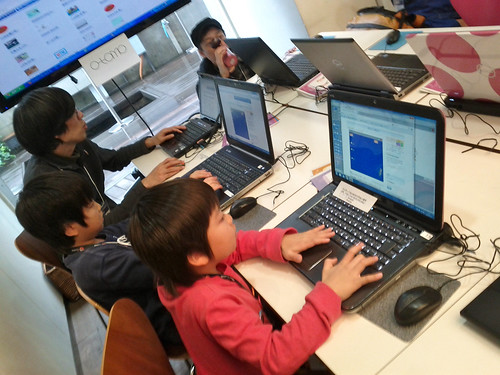 It was very refreshing to see that with some guidance and a share of enthusiasm kids happily create and use the web as a read/write medium instead of just playing games and watching movies. It is up to us to make the web of tomorrow not TV on steroids.