By Sandra Persing
Posted on January 21, 2020 in Conferences, Event, and Featured Article 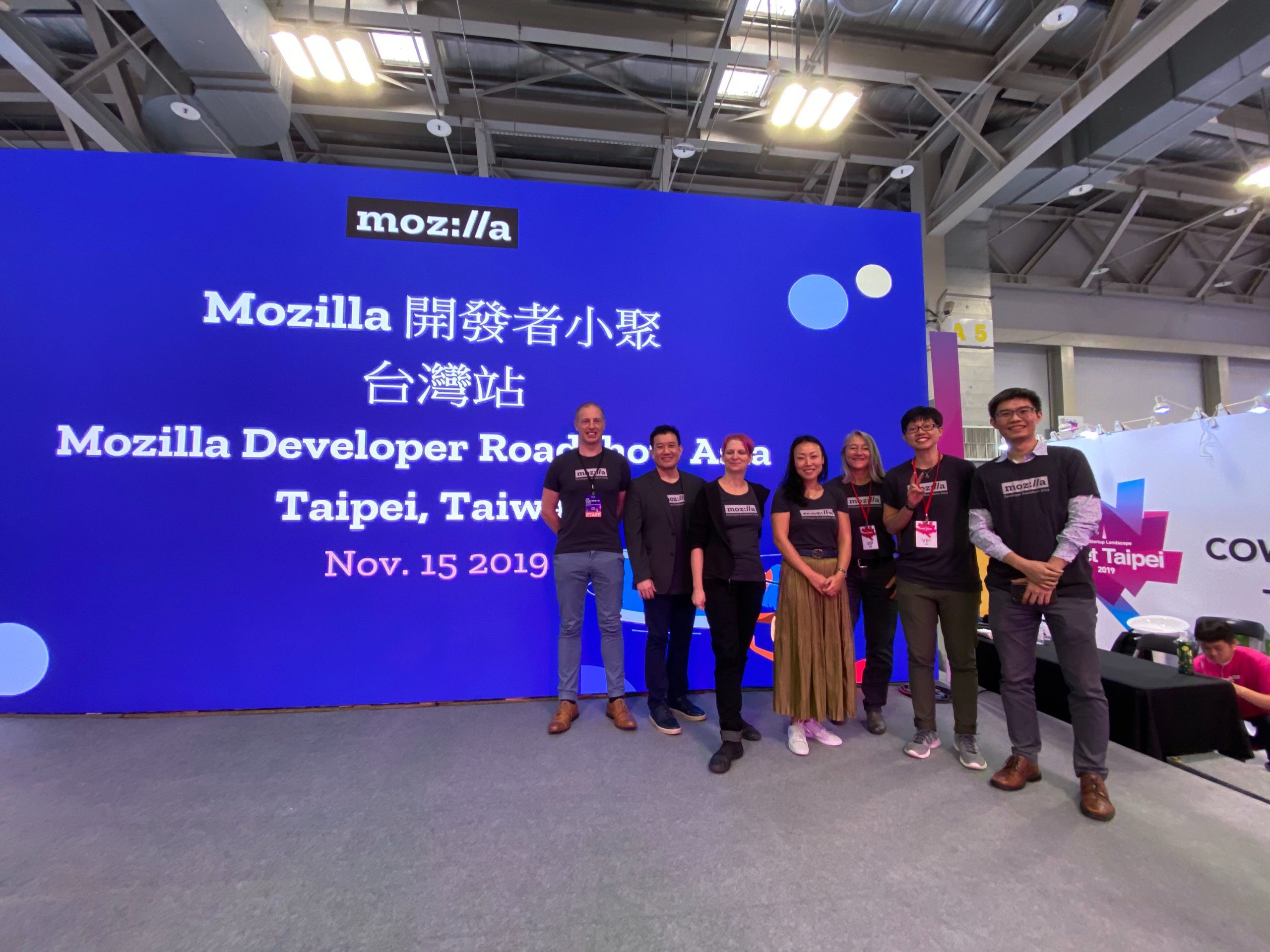 November 2019 was a busy month for the Mozilla Developer Roadshow, with stops in five Asian cities —Tokyo, Seoul, Taipei, Singapore, and Bangkok. Today, we’re releasing a playlist of the talks presented in Asia.

We are extremely pleased to include subtitles for all these talks in languages spoken in the countries on this tour: Japanese, Korean, Chinese, Thai, as well as English. One talk, Hui Jing Chen’s “Making CSS from Good to Great: The Power of Subgrid”, was delivered in Singlish (a Singaporean creole) at the event in Singapore!

In addition, because our audiences included non-native English speakers, presenters took care to include local language vocabulary in their talks, wherever applicable, and to speak slowly and clearly. We hope to continue to provide multilingual support for our video content in the future, to increase access for all developers worldwide.

Additional speakers Karl Dubost, Brian Birtles, and Daisuke Akatsuka joined us for the sessions in Tokyo and Seoul.

Hui Jing Chen – Making CSS from Good to Great: The Power of Subgrid

The Dev Roadshow took Center Stage (literally!) at Start Up Festival, one of the largest entrepreneurship events in Taiwan. Mozilla Taiwan leaders Stan Leong, VP for Emerging Markets, and Max Liu, Head of Engineering for Firefox Lite joined us to share their perspectives on why Mozilla and Firefox matter for developers in Asia. Our video playlist includes an additional interview with Stan Leong at Mozilla’s Taipei office.

Interview with Stan Leong
Stan Leong – The state of developers in the Asia Pacific region, and Mozilla’s outreach and impact within this region
Max Liu – Learn more about Firefox Lite!

Venetia Tay and Sri Subramanian joined us in Singapore, at the Grab offices high above Marina One Towers.

In Asia, we kept the model of past Dev Roadshows. Again, our goal was to meet with local developer communities and deliver free, high-quality, relevant technical talks on topics relevant to Firefox, Mozilla and the web.

At every destination, developers shared unique perspectives on their needs. We learned alot. In some communities, concern for security and privacy is not a top priority. In other locations, developers have extremely limited influence and autonomy in selecting tools or frameworks to use in their work. We realized that sometimes the “best” solutions are out of reach due to factors beyond our control.

Nevertheless, all the developers we spoke to, across all the locales we visited, expressed a strong desire to support diversity in their communities. Everyone we met championed the value of inclusion: attracting more people with diverse backgrounds and growing community, positively.

The Mozilla DevRel team is planning what’s ahead for our Developer Roadshow program in 2020. One of our goals is to engage even more deeply with local developer community leaders and speakers in the year ahead. We’d like to empower dev community leaders and speakers to organize and produce Roadshow-style events in new locations. We’re putting together a program and application process (open February 2020 – watch here and on our @MozHacks twitter account for update), and will share more information soon!