By Will Bamberg
Posted on March 20, 2018 in Docs, Featured Article, and MDN

Over the last year and a bit, the MDN Web Docs team has been designing, building, and implementing interactive examples for our reference pages. The motivation for this was the idea that MDN should do more to help “action-oriented” users: people who like to learn by seeing and playing around with example code, rather than by reading about it.

We’ve just finished adding interactive examples for the JavaScript and CSS reference pages. This post looks back at the project to see how we got here and what we learned on the way.

The project was first outlined in the MDN product strategy, published at the end of 2016. We discussed some ideas on the MDN mailing list, and developed some prototypes.

We wanted the examples – especially the CSS examples – to show users the different kinds of syntax that an item could accept. In the early prototypes, we did this using autocomplete. When the user deleted the value assigned to a CSS property, we showed an autocomplete popup listing different syntax variations:

First round of user testing

But autocomplete was not successful as a way to show different syntax forms. It just wasn’t discoverable, and even people who did accidentally trigger it didn’t seem to understand what it was for.

Especially for CSS, though, we still wanted a way to show readers the different kinds of syntax that an item could accept. For the CSS pages, we already had a code block in the pages that lists syntax options, like this:

One user interaction we saw, that we really liked, was when readers would copy lines from this code block into the editor, to see the effect. So we thought of combining this block with the editor.

In this next version, you can select a line from the block underneath, and the style is applied to the element above:

Looking back at this prototype now, two things stand out: first, the basic interaction model that we would eventually ship was already in place. Second, although the changes we would make after this point were essentially about styling, they had a dramatic effect on the editor’s usability.

After that not much happened for a while, because our front-end developers were busy on other projects. Stephanie Hobson helped improve the editor design, but she was also engaged in a full-scale redesign of MDN’s article pages. In June Schalk Neethling joined the team, dedicated to this project. He built a solid foundation for the editors and a whole new contribution workflow. This would be the basis of the final implementation.

At the end of June, we showed the editors to Jen Simmons and Dan Callahan, who provided us some very useful feedback. The JavaScript editor seemed pretty good, but we were still having problems with the CSS editor. At this point it looked like this:

People didn’t understand that they could edit the CSS, or even that the left-hand side consisted of a list of separate choices rather than a single block.

Stephanie and Schalk did a full UX review of both editors. We also had an independent UX review from Julia Lopez-Mobilia from The Brigade. After all this work, the editors looked like this in static screenshots: 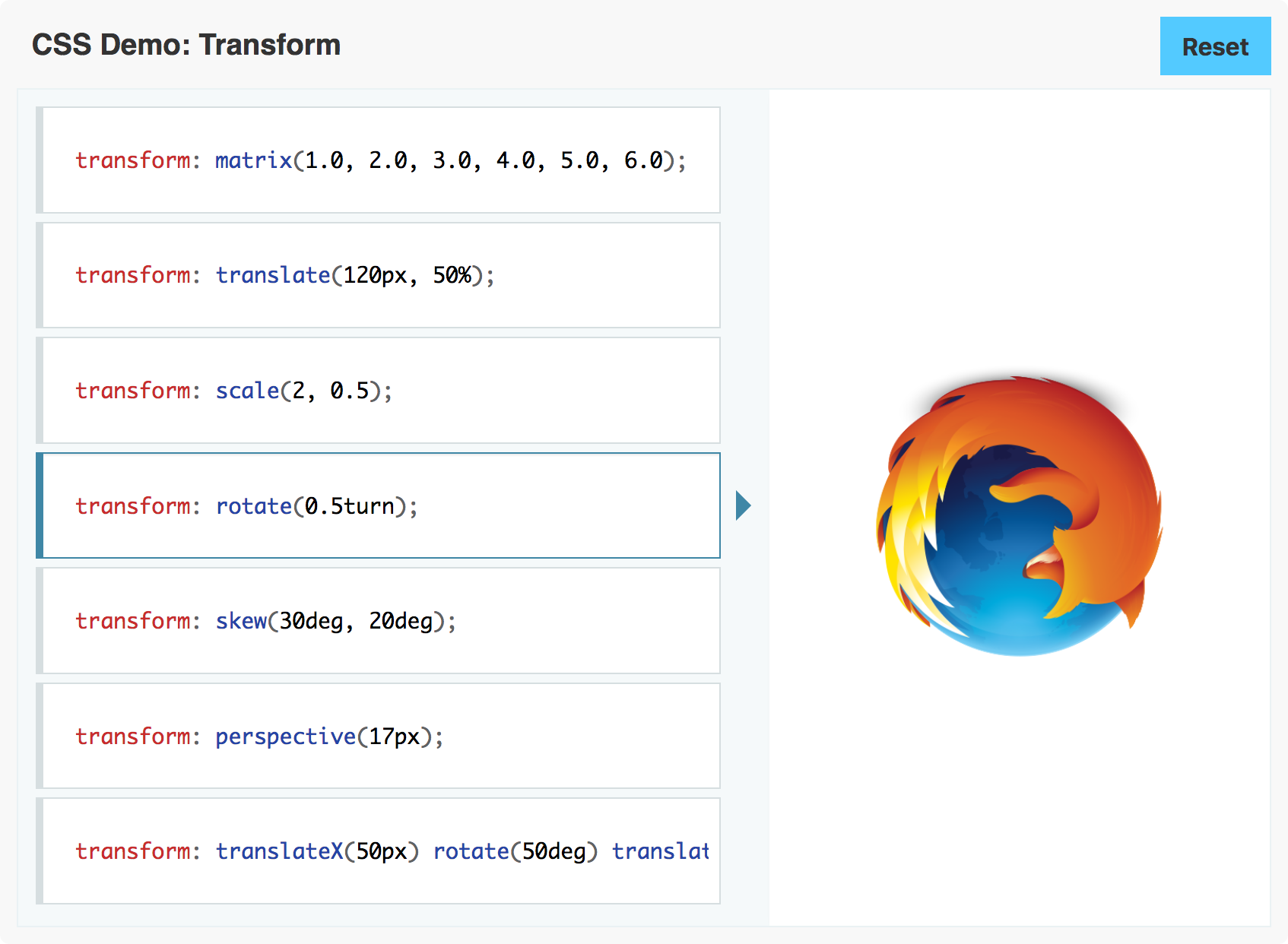 Then we had another round of user testing. This time we ran remote user tests over video, with participants recruited through MDN itself. This gave us a tight feedback loop for the editors: we could quickly make and test adjustments based on user feedback.

This time user testing was very positive, and we decided we were ready for beta.

The beta test started at the end of August and lasted for two weeks. We embedded editors on three JavaScript and three CSS pages, added a survey, and asked for feedback. Danielle Vincent mentioned it in the Mozilla Developer Newsletter, which drove thousands of people to our Discourse announcement post.

Feedback was overwhelmingly positive: 156/159 people who took the survey voted to see the editor on more pages, and the free-form text feedback was very encouraging. We were confident that we had a good UX.

Now we had an editor but very few actual examples. We asked Mark Boas to write examples for the JavaScript reference pages, and in a couple of months he had written about 400 beautiful concise examples.

See the example for Array.slice().

We had another problem, though: the editors regressed page load time too much. Schalk and Stephanie worked to wring every last millisecond of performance optimization out of the architecture, and finally, in December 2017, we decided to ship.

We have some extra tricks we plan to implement this year to continue improving page load performance, the fact is we’re still not happy with current performance on interactive pages.

In the first three weeks of 2018, Schalk and I updated 400 JavaScript pages to include Mark’s examples, and then we turned to getting examples written for the CSS pages.

We asked for help, Jen Simmons tweeted about it, and three weeks later our community had contributed more than 150 examples, with over a hundred coming from a single volunteer, mfluehr.

See the example for rotate3d().

After that Rachel Andrew and Daniel Beck started working with us, and they took care of the rest.

See the example for clip-path.

Right now we’re working on implementing interactive examples for the HTML reference. We have just finished a round of user testing, with encouraging results, and hope to start writing examples soon.

As I hope this post makes clear, this project has been shaped by many people contributing a wide range of different skills. If you’d like to help out with the project, please check out the interactive-examples repo and the MDN Discourse forum, where we regularly announce updates.

Will is a technical writer working on MDN.

More articles by Will Bamberg…