By Potch
Posted on December 30, 2015 in Trainspotting

The year is coming to a close, and even as the coals of 2015 fade to a soft orange, we've got Firefox releases to talk about! Here's a run-down of a few new tricks up the browser's sleeve, as well as a few of my favorite new features from this year.

Firefox 42 and 43 were released since our last Trainspotting post- you can check out 42's release notes here and 43's here.

"Use in Console" in Firefox 43

Let's start with something new and handy- sometimes it's useful to use Console to inspect or tweak an element you found in the Inspector. The traditional way is to use querySelector to find the element, or, in some browsers, the special $0 variable which refers to the element currently being inspected. (If you didn't know about $0, consider it a nice end-of-year bonus!). Starting in Firefox 43, you can now use the "Use in Console" command in the context menu to put that element into a temporary variable. Unlike $0, you can create multiple temporary variables in the Console and highlight other elements without losing your reference. An iterative improvement, but one that makes life easier. 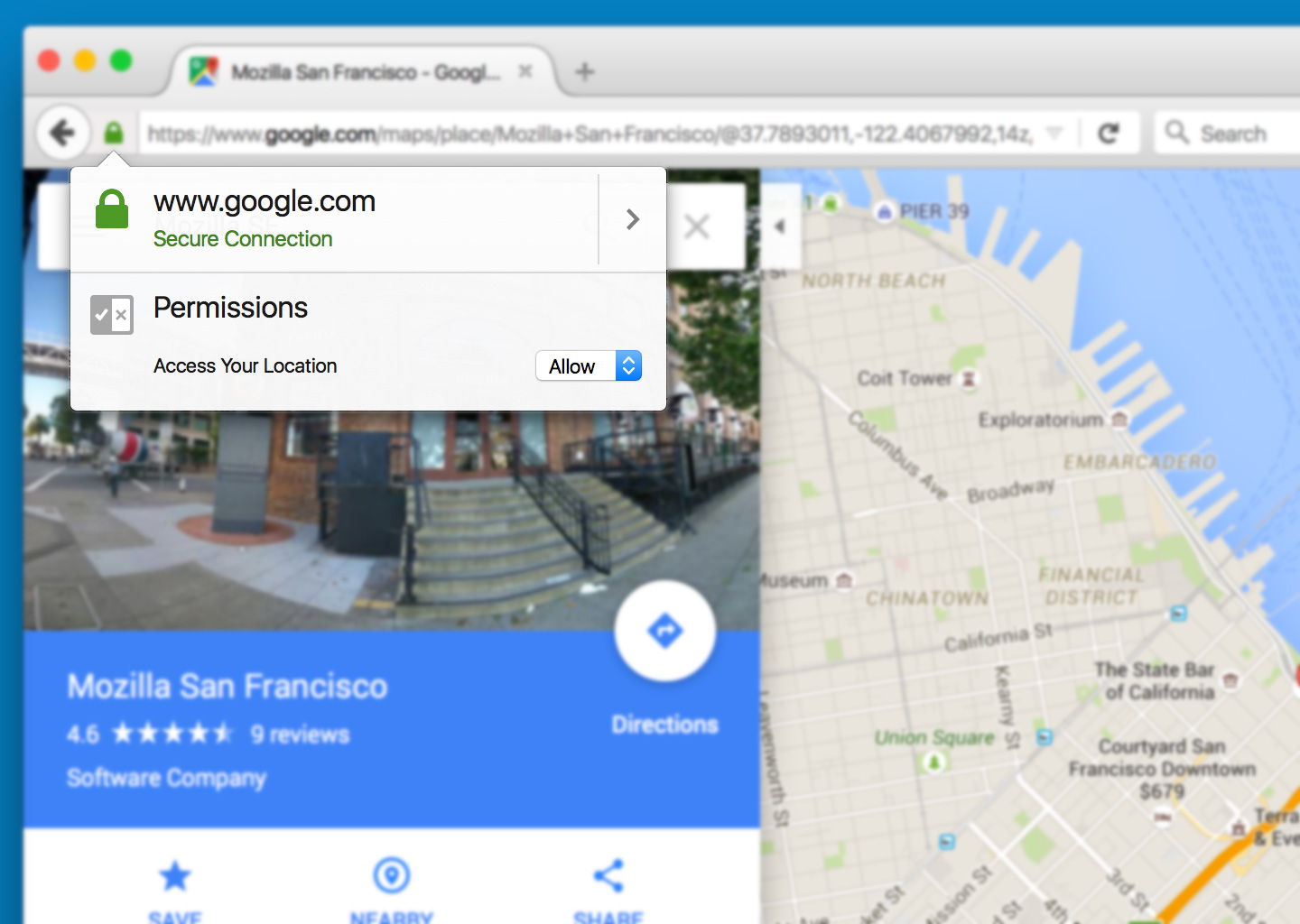 You've always been able to check whether your connection to a website is secure by clicking in the address bar. Firefox 42 includes a redesign of this panel to make it easier to review the security of a website, as well as incorporate privacy settings and what permissions you've granted. It's a nice improvement to an interface that used to take many more clicks.

This feature proved to be very popular! Firefox 41 added the ability to capture a part of the page from the Inspector with the “Screenshot Node” menu command.

A personal favorite API of mine- the ability for all open pages on a domain to broadcast messages to one another. Great for keeping app state in sync or event notifications.

It’s been a great year, and I’ve had a blast writing about notable new features in Firefox. If you want to learn more about how Firefox has grown and improved this year, read through the Trainspotting post archive.