By Jeremie Patonnier
Posted on June 8, 2012 in Conferences and Event

SudWeb is a Web event located in the south of France. The second edition took place in Toulouse, “The Pink City” for two days of fun and Web on Friday, May 25th and Saturday, May 26th. SudWeb is unique in the French web landscape, it mainly focuses on professional best practices and sharing knowledge. It’s led by a few volunteers: These ten people were able to drive a kick-ass event that gathered more than 150 French web professionals (and a few foreign guests), from students to highly skilled web designers & developers. 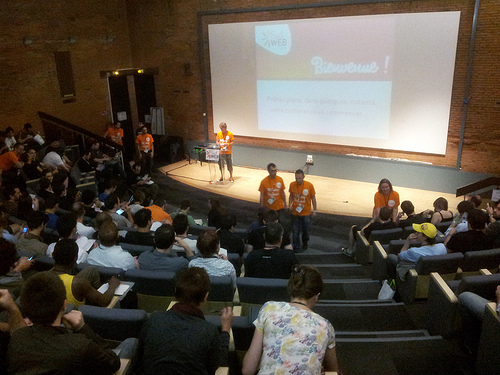 Mozilla had a strong presence both as an official sponsor and by sending some notable French Mozillians. 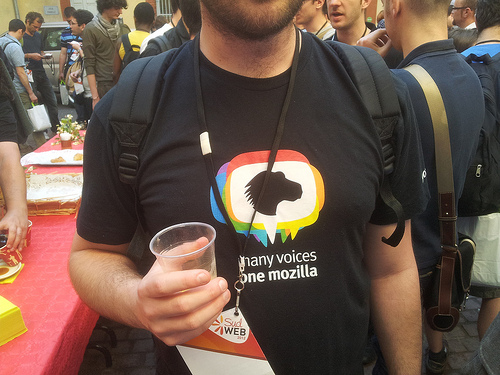 For the official part, two big guys were sent: Anthony Ricaud and myself. For the unofficial part, we had the opportunity to meet up with: Thomas Bassetto, David Bruant and Théo Chevalier. Thanks to you guys, you rock :)

The first day was dedicated to a series of talks about the way web professionals can share and improve their skills about open Web technologies.

Anthony gave the last talk of the day. He talked about the personal benefits of contributing to a FLOSS project whether as designers, developers or project manager. In my opinion, he ended the day with an awesome piece of engagement and inspiration. 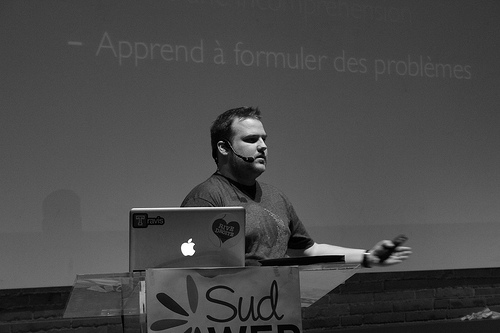 As for me, I was supposed to simply attend and represent Mozilla, but at the last moment a speaker canceled his talk and the staff asked me to replace him. I took this opportunity to talk about MDN and the documentation of the Open Web.

That first day was full of very good talks: I noticed Thomas Bassetto, who spoke about using web technologies outside the browser on uncommon devices; Bruce Lawson, who spoke about the problem with technology monocultures on the Web (IE6 a decade ago, Webkit on mobile today); and Nicolas Perriault, who gave an inspiring lightning talk about the CasperJS library and the usefulness of the headless browser to automate functional unit testing.

The second day was built as a Barcamp. David Bruant and I took the opportunity to run a small workshop about documenting the open web: We met a few people who want to know more about MDN and we ran a mini doc sprint to show what it is. 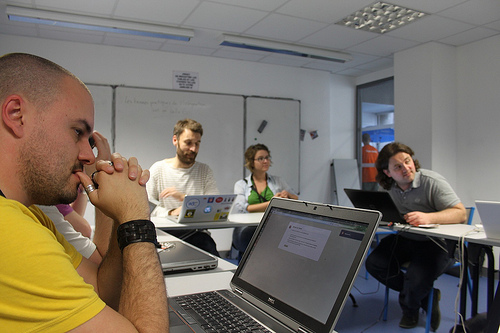 Anthony also ran a workshop with Karl Dubost from Opera Software. They launched an impressive discussion about the dev tools available in browsers. This was an opportunity to understand first hand what tool users were expecting, what tools were missing, what was cool with the existing tools and what was still needed.

Anthony, David, Théo and I also spent time all day long answering questions about Mozilla, its mission, its products and its actions. 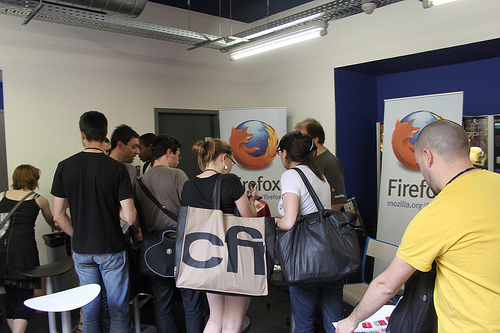 Those two days were a big hit and all the attendees really look forward to the next edition of SudWeb.

Jeremie is a long time contributor/employee to the Mozilla Developer Network, and a professional web developer since 2000. He's advocating web standards, writing documentation and creating all sort of content about web technologies with the will to make them accessible to everybody.