We’re excited to announce that Mozilla is supporting the Liberated Pixel Cup, a fantastic competition aiming to spark the creation of artwork and code for games that are free and available for others to use. 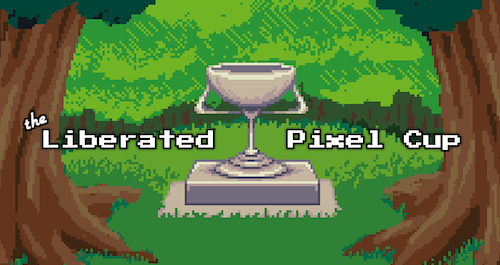 The Liberated Pixel Cup is the brainchild of OpenGameArt, a long-standing community of artists that provide graphics and sound effects for others to use in their games. Joining us in supporting the competition are the Creative Commons, Free Software Foundation, as well as the hundreds of everyday supporters who donated to the prize fund.

Getting involved with the Liberated Pixel Cup was an obvious choice for us. Over the past year we’ve vastly improved our performance for games in Firefox, we’ve added new features for games, we’ve hosted a work week to discuss the future of games, we’ve attended and represented the open Web at important game-related events like GDC, as well as much, much more. To put it simply, we think games are pretty darn important to the future of the Web!

As part of our involvement, we’ll be:

The art side of the competition starts in June, with the code side starting in July; so mark those dates in your diary and get ready to create some game-related goodness!

Check out the Liberated Pixel Cup website for more information.