The last weekend in April saw yet another amazingly productive documentation sprint for MDN. A group of community members gathered at the Mozilla spaces in California, while others contributed remotely. The in-person group worked on Friday in Mozilla’s Mountain View headquarters, then spent Saturday and Sunday at the Mozilla space in San Francisco.

Here is the obligatory “OMG! Awesome view!” photo from the roof deck in San Francisco, showing just some of the doc sprinters getting in the way of the view: 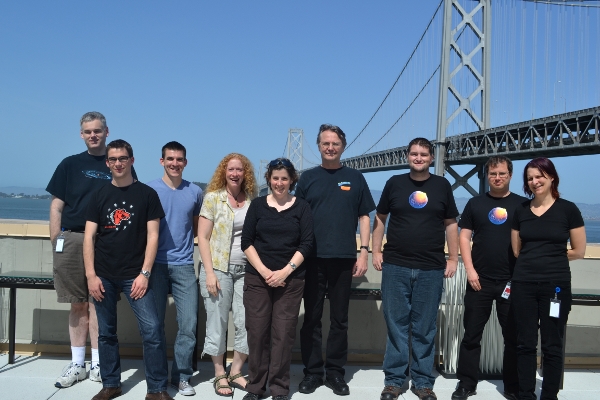 Here are only some of the things that happened in MDN docs as a result of this weekend:

Addendum (2012-05-02): Vikash Agrawal created a code example for the contextmenu attribute; it’s not on MDN yet, but you can see it on github.