FOSDEM 2012: Mozilla Labs Apps and The Future of HTML5 Games

By Robin Hawkes
Posted on February 6, 2012 in Apps, Conferences, and Featured Article

In this post I round-up my first time at FOSDEM and the two talks I gave during my time there; one on open Web apps and the other on creating games with HTML5.

This past weekend I have been in Brussels at FOSDEM, and absolutely massive free event for the open source software community. I hear there were over 5,000 people there this weekend, that’s a lot of people.

Mozilla had a great presence there this year and hosted two full days of talks in the Mozilla DevRoom. 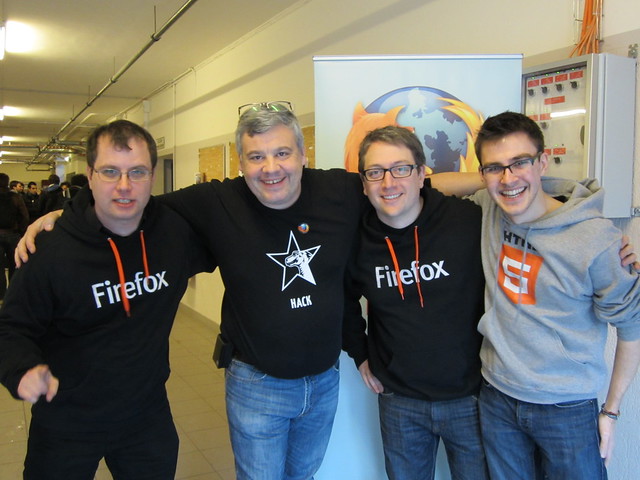 The Developer Engagement team also had a presence this weekend and put on a variety of talks ranging from hacking the Web with Jetpack, to Mozilla’s new perspectives for 2012, to creating open Web documentation.

All in all, FOSDEM is a pretty awesome event absolutely crammed full of developers who care immensely about open software. It is very much a Linux-fest but the talks on Web technologies seemed to go down well. And aside from a few cases of anti-Apple/Microsoft/HTML5 sentiment the event was very successful and well-behaved.

The first talk that I had the opportunity to give at FOSDEM was on open Web apps and the Mozilla Labs Apps project. It’s a very interesting topic that has been encouraging developers to think beyond the concept of Web apps being something that is just in the browser.

The second talk that I gave was on open Web game development with HTML5 & JavaScript. During this talk I highlighted a selection of recent events within the HTML5 game industry as well as the key technologies that are involved. I also demoed the Gamepad API working in Firefox with a wireless xBox 360 controller.